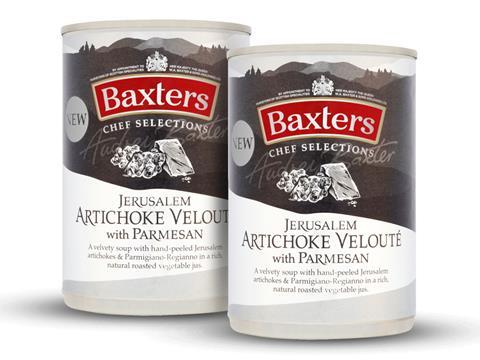 What: Jerusalem Artichoke Veloute with Parmesan

Why: Canned soup has seen value sales fall 2% to £400.2m, and volumes drop 3.7%. Baxters is one of the few winners, with sales of its Favourites range up 9.1% to £23.9m. This variant is part of a gourmet Chef Selections range that also includes Scottish Venison, Sloe Gin & Juniper; Crab Bisque with Roast Tomato & Basil; and Beef Consommé with Cask Aged Sherry.

Consumer verdict: Our consumer panellists thought the “high tech” can made this product look “classy” and expensive, but that was where the praise stopped. After testing, there was widespread criticism that the soup had little artichoke flavour, was overly salty, and left an unpleasant aftertaste. Those in the North were far more impressed, scoring it 29 - though that was still six below the category norm. Almost three quarters of respondents said this was “not for me”.