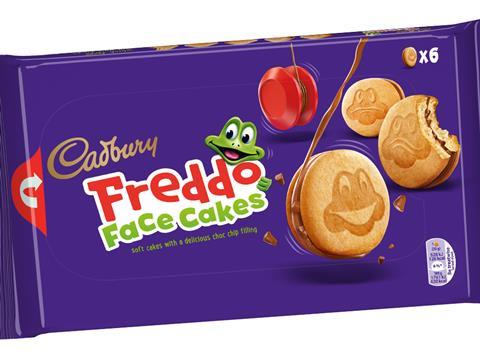 Why: After three years of value decline, the sweet biscuits category returned to growth in 2017 - albeit only slightly at 0.3% [Nielsen 52 w/e 9 September 2017]. Just in time for Christmas came this product from Cadbury Biscuits, marking the Freddo chocolate brand’s debut in the UK biscuit market. Created for family sharing occasions, the snack was described as “a soft cake sandwich with a creamy chip choc filling”. Each pack contains six biscuits with different Freddo faces.

Consumer verdict: The Cadbury name and showy purple branding were enough to drive significant pre-trial interest among our testers. However, the product proved polarising, younger people reacting most positively - especially in the north. There was praise for the size, the “good ratio of sponge to chocolate” and the “fun smiley faces”. Critics were disappointed by the quality of chocolate, saying it tasted “cheap” and “bitter”. A viable option for many as an occasional treat, nearly two thirds thought better alternatives were available.