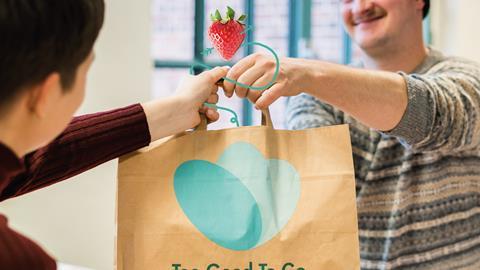 Grocers, fall in love with the planet this Valentine’s Day

With food waste at epic proportions in the UK, it’s time for businesses to take a bolder and more efficient approach to waste, urges Too Good To Go

All grocery stores have those days. Those days on which customers don’t buy the food on shelves, or trade is quieter than expected. Those days when donation plans collapse because the food isn’t suitable for charity needs – or the store simply lacks the time and staff to get the food from A to B.

No grocery retailer, particularly one with an environmental conscience and CSR policy, likes throwing perfectly good food away. It’s a waste of money, it’s bad for the planet, it lowers staff morale, and it can feel very wrong, particularly in these times of heightened sustainability consciousness.

A recent article in The Grocer¹ noted that, every year, 100,000 tonnes of readily available and edible food from the UK’s retail and food manufacturing sector is wasted, equivalent to 250 million meals going uneaten.

Not only that, but food waste is one of the most important environmental problems facing the planet. An estimated one-third of food produced for human consumption is wasted worldwide, and is responsible for more than 8% of greenhouse gases. After all, when food is wasted, it’s not just the food that goes to waste - it’s everything that went into producing and retailing that food, from water, to land, to energy, to transporting it through the supply chain.

So what’s the solution?

For a long time, food waste has been an inevitability that all grocery stores have had to grapple with. For many stores, the only consistent, reliable partner for dealing with surplus, unsold food – even when it’s still delicious to eat – has been the bin.

But there are solutions out there and, this Valentine’s Day, Too Good To Go is encouraging retailers to ditch the bin and be open to a new relationship – one that will help them with their food waste, while enabling them to do good, recover costs, and meet new customers… all via its app. 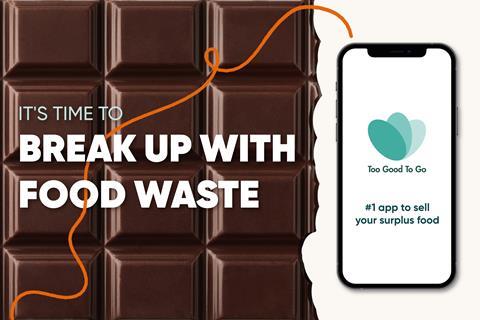 As the world’s largest food waste-fighting app, Too Good To Go has 3 million UK customers ready to buy surplus, unsold food from grocery retailers, it says. To date, the company has worked with 1,000 UK grocery stores and its repertoire is growing all the time.

Last year alone, Morrisons has saved 100,000 bags of surplus food, equivalent to 250 tonnes of CO2e emissions via the app, or 50 round-the-world flights.

Meanwhile, French retailer Carrefour, which has been using the app since October 2017, has saved 3,000 tonnes of food from going to waste across more than 3,000 sites in Europe, equivalent to 7,500 tonnes of CO2e – or leaving a hot shower running for 455 years.

To date, Too Good To Go has saved more than 3 million ‘Magic Bags’ of surplus, unsold food from going to waste at shops and restaurants across the UK. In terms of CO2e, that saved the equivalent of 662 round-the-world flights.

The system is easy to use, says the company. The retailer simply updates the app to show how much surplus food it has to sell and, rather than listing individual portions of food, fill a ‘Magic Bag’ with food that hasn’t sold in time. Customers search the app for local stores, purchase the food via the app, then collect it at the time set by the grocer, at a reduced price that’s fair to both parties.

“The result?” it says. “Every meal saved is one step closer to helping – and loving – the planet.”

Too Good to Go: a snapshot
● Money in your pocket. The company’s ’Magic Bags’ system means grocers can earn incremental revenue on food that would otherwise be thrown away.
● Simplicity. The simple-to-use system can be integrated effortlessly into everyday operations.
● Make it a date. If you are ready to break up with food waste, contact Too Good To Go and put an end to the long-term relationship with the bin.
● Visit toogoodtogo.co.uk to find out more. 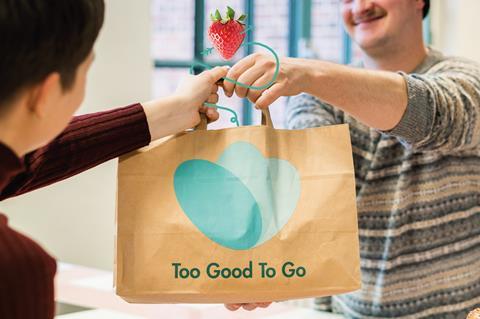