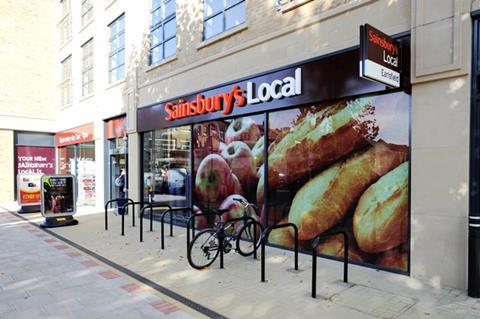 Sainsbury’s is to close 12 of its c-stores to help supermarkets cope with the coronavirus crisis.

The retailer said the government lockdown measures meant some areas had become virtual ghost towns and it could not justify keeping them open while other stores continued to face huge pressures.

“We are temporarily closing 12 convenience stores,” said a spokeswoman. “These are stores that have seen significantly fewer customers in recent days as people are working from home.

“All colleagues will move to neighbouring stores until these stores re-open.”

Shopworkers’ trade union Usdaw said it had been briefed by the retailer that the business had made the decision because of the “huge operational pressure” on its stores as a result of panic buying.

The closures were announced despite signs that the worst of the panic buying, which has seen supermarket shelves emptied across the country, may have peaked.

“It’s definitely calmed down, probably since the end of the weekend,” said BRC director of food Andrew Opie.

“We have definitely seen a fall-off in demand and that’s given as an opportunity to replenish the shelves.

“There is plenty of food in store at the moment and that is testament to the very hard work of retail colleagues who have been working around the clock.”

Supermarket leaders have vowed to work together to keep enough stores open to meet demand.

BRC CEO Helen Dickinson previously confirmed talks had centred on how retailers could co-operate with rivals to keep food supplies going in case other stores were forced to close in the event of not having enough fit and healthy staff.

“This is an unprecedented move by a retailer and a direct consequence of the unjustified panic buying that has swept the country,” said Usdaw national officer Dave Gill.

“Usdaw members throughout the retail food sector and supply chain are working very hard in difficult circumstances to meet demand. This move will be extremely unsettling for staff.

“Usdaw understands why the company has taken this decision and we will be supporting our members through the relocation process to help ensure them to travel to and from their new workplace, have the right working hours to maintain income levels and are able to meet their caring demands.

“We are urging the shopping public to stop panic buying and only shop for items when they are needed. This behaviour is putting the retail sector under huge pressure and leaving many essential workers unable to buy the food they need to stay fit and healthy and deliver the services we are all relying on.”