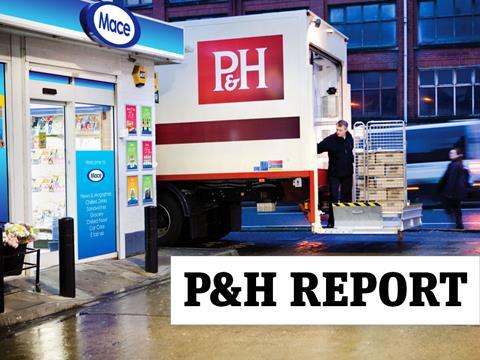 Creditors of Palmer & Harvey are facing losses of more than £700m following the collapse of the wholesaler late last year, a report by administrator PwC, seen by The Grocer, has revealed.

The document also lifts the lid on the tobacco, sweets and food wholesaler’s ballooning losses in the run up to its failure, which more than doubled to £64m in the financial year ended 8 April 2017.

More than 500 suppliers to the business are owed £453.7m by P&H, the report shows. As unsecured creditors, they are unlikely to see a penny returned.

“We do not think there will be sufficient funds available to make a distribution to unsecured creditors,” PwC said in the administrators’ proposals.

Secured creditors are owed a combined £254m, with PwC predicting that “some or all” will suffer a shortfall.

A collection of banks, including Barclays, HSBC and RBS, have an exposure of £187.4m from their asset-based lending facilities but are estimated to see between 35% and 100% paid back depending on collection of substantial book debts and a sale of assets.

Tobacco companies Imperial Brands and Japan Tobacco, which are the other secured creditors of P&H, are only expected to receive a return of 0%-9% of £66.1m for loans made to keep the wholesaler afloat – which is separate to the money owed for supply of tobacco products.

The two cigarette giants behind brands such as Gauloises and Silk Cut pumped significant sums into P&H in an attempt to stave off the collapse of the company last year, as advisers at PwC held talks with private equity firm Carlyle over a potential deal prior to the administration.

Imperial announced, following the administration, that it was preparing to take a hit of up to £160m against its operating profits, with the majority related to excise duty and the rest loans, while Japan said its exposure was £148m.

It has been reported that a plea from P&H for another £65m in cash from the two groups to allow the wholesaler to carry on trading as it sought a solvent solution was turned down ahead of the collapse.

P&H was the UK’s largest delivered wholesaler to the UK convenience market, with about 90,000 customers ranging from corner shops to the likes of the Costcutter chain and Tesco.

More than 2,500 staff from 14 regional depots and a head office in Hove were made redundant when PwC were appointed as administrator on 28 November 2017 after last-ditch rescue talks with Carlyle failed. Another 500 employees have since lost their jobs during the course of the administration, with 335 kept on to assist the administrators with the winding down of the business.

Palmer & Harvey’s problems are understood to have largely been a legacy of a management buyout in 2008 that lumbered the group with debt of more than £300m. The buyout, one of several over its 92-year history, was led by Chris Etherington, the former CEO and chairman at the centre of a controversy about a £3.4m company loan he was allegedly paid to help fund the deal.

Frank Field, chairman of the Work and Pensions select committee, has written to PwC about the loan in an attempt to claw it back.

The figures in the PwC report don’t include a pension deficit that is understood to be £80m. Despite the black hole and the underperformance of P&H, annual accounts for the company from 2009 to 2016 showed more than £70m was paid out to shareholders in dividends following the 2008 MBO.

Sales would remain the same but the business actually only made EBITDA of £3.3m with a bigger pre-tax loss of £28.5m.

A review of the accounts by management found that there was “a number of omissions from, and misstatements in, the financial statements for one or more prior periods”, the report added.

The challenging trading continued as P&H tried to broker a rescue deal with Carlyle, the report said.

“Unfortunately, the group continued to face challenging trading conditions and uncertainty around the transaction, as well as associated adverse publicity during the autumn, which resulted in a number of the group’s suppliers applying standard payment terms to reduce their credit exposure,” PwC added. “This created additional cash needs which were both sizeable and unsustainable.

“Despite lengthy and constructive discussions with stakeholders, efforts to restructure the group and mitigate the significant cash flow pressures ultimately proved unsuccessful.”

PwC retained more than 300 staff to help with the complicated administration process, which required it to ask P&H’s lenders to provide a further loan of £13.7m to fund the ongoing operation. The loan is repayable from the collection of book debts and sale of assets.

P&H had £44m of stock across 900 supplier lines on appointment of PwC, with more than 300 return claims received for stock valued at £40m since the collapse.

P&H was also owed £264.4m from its debtors, relating to goods sold and delivered prior to PwC taking over as administrator. The debtors ledger is comprised of a ‘nationals’ ledge totalling £243.4m across 70 accounts and an ‘independents’ ledger totalling £20.7m across about 4,200 accounts.