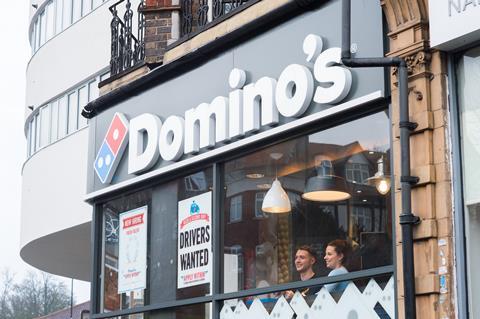 Domino’s was one of Baraka’s clients

A foodservice supplier to the likes of Domino’s Pizza, Wagamama, Mitchells & Butlers and P&O Ferries has collapsed following the UK-wide shutdown of the hospitality industry during the Covid-19 outbreak.

Baraka Foods, which formed in Wales back in 1989, appointed administrators from recovery firms Carter Clark and Leonard Curtis on 20 July 2020.

Headquartered in Mid Glamorgan, the business supplied cooked meat lines to restaurant customers such as Wagamama, Angus Steakhouse, Benugo and Las Iguanas, which is currently in administration itself.

It also worked with Domino’s and pub groups Mitchells & Butlers and Stonegate, as well as a number of other big names, such as P&O Ferries.

The company employed more than 80 staff from its facility in Gelli in the Valleys.

Baraka owner Charles Newham said in a statement: “Baraka Foods has gone into administration, with the loss of all jobs.

“This is a tragedy, as Baraka Foods moved to the Rhondda in 1992 with one employee. Many of our staff of 84 have worked together for decades.”

The business had rebranded in 2018 and invested in expanding its premises in anticipation of future growth.

Annual revenues at the supplier stood at £9.3m in the year ended 30 November 2018, according to the most recent accounts available at Companies House.

Carter Clark and Leonard Curtis declined to comment on the case.