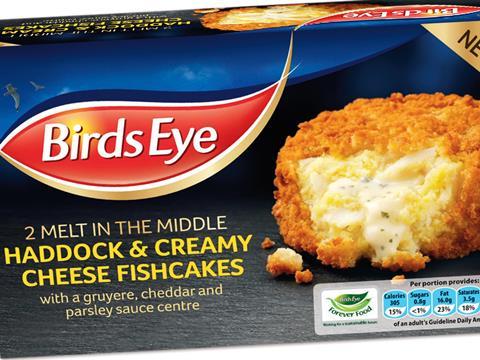 The performance reflects a slump in the wider frozen category, with sales at Findus also stalling and frozen fish sales in the major retailers across the UK falling 4% year on year in 2014 [Nielsen].

Sales in 2014 were also made to look worse by the one-off impact of the horsemeat scandal of 2013. While competing products were removed from shelves, Birds Eye was relatively unscathed, making for tougher year-on-year comparables, the accounts stated.

Branded frozen food has been hit hard as shoppers turned to discounters and the major grocers battle over price.

However, Nomad’s attraction to Iglo as a foundation to build a global consumer foods group was partly vindicated by ratings agency Moody’s this week, as it upgraded Iglo’s outlook from B2 to B1.

Birds Eye MD Andy Weston-Webb said the company had a “proven track record of innovating”, recognised last year when Kantar ranked the Inspirations launch as the biggest new product launch in fmcg last year. “We will continue to build the category with our customers and deliver bigger, bolder innovation,” he said.

“Online really does level the playing field and is one of the key drivers of growth for the future,” Weston-Webb added.