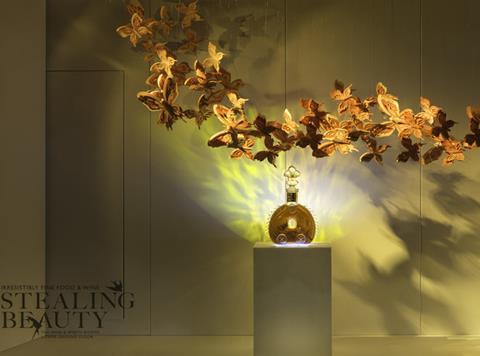 Overall sales growth was boosted by strong growth in its House of Rémy Martin brands, which grew by 11.9% thanks to strong performance in Asia, the US, UK, Middle East and travel retail.

In particular the growth of Rémy Martin XO and international development of LOUIS XIII helped the division achieve price/mix growth of 6% while maintaining strong volume growth of 6%.

Its liqueurs & spirits division posted organic growth of 4%, driven by strong performance of the Maison Cointreau and St-Rémy brandy, while The Botanist gin and Whisky continued to show growth.

However, organic sales decreased by 12.7% over the period in its partner brands, largely due to the termination of new partner brand distribution contracts.

Profit growth was helped by “remarkable momentum” in its $50-plus “exceptional spirits”, cmbined with cost controls which offset investments in communication and distribution structures.

Looking forward, the group said it retains its ambition to become the world leader in high-end spirits, despite an “uncertain economic and geopolitical context”.

Despite its strong increase in profitability in recent years, the group remains ambitious regarding the potential of its operating margins in the medium term while also continuing to invest significantly behind its brands and distribution network.

It forecasts that 2019/20 will unfold within the expected framework of its medium-term objectives.

However, this will also include the termination of distribution contracts for partner brands (in the Czech Republic, Slovakia and the United States), which are estimated to have an impact of €56m on sales and €5m on current operating profits.

A number of internationally focussed fmcg stocks have been boosted by the weakness of the pound and predictions that sterling is unlikely to recover the ground it has lost any time soon.

Forecourt retailer Applegreen (APGN), fell back 0.4% to 460p after announcing trading in the first five months of 2019 had been in line with expectations.