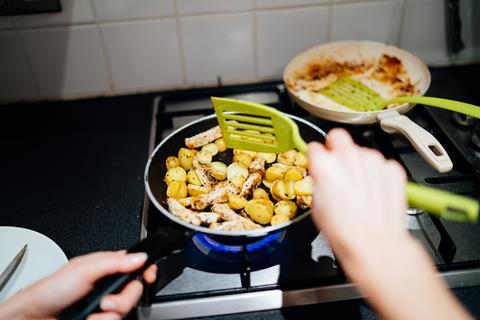 Cookware is amongst the company’s specialisms

Consumer goods group Ultimate Products has repaid all the money received during the pandemic under the government’s furlough scheme.

The business, which owns, manages, designs and develop a broad range of value-focused consumer goods brands, took the decision to return the £465,000 it claimed from the job retention programme thanks to stronger than expected profitability and cash generation during the crisis.

UP said it did not intend to make any further claims under the furlough scheme or for the associated job retention bonus.

The North West-headquartered group is also no longer using the government ‘time to pay’ and VAT deferral schemes, with all payments up to date at the end of July.

UP, which supplies supermarkets, discounters, international retailers and online platforms, will provide a more detailed update in its scheduled pre-close trading statement on 7 September 2020.

CEO Simon Showman said: “The furlough scheme allowed us to work through the significant challenges that Covid-19 initially caused for our business.

“We are grateful to the government and the taxpayer for providing us with this support. As a result of the outstanding resilience, hard work and professionalism of our people, the outlook for our business is now much clearer. Returning this money to the taxpayer is therefore the right and proper thing for us to do.

“As the effects of Covid-19 continue to be felt globally, and particularly in Oldham at the present time, we are determined to carry on supporting local charities and initiatives in order to help ease the hardship felt by many in the communities in which we are proud to operate.”

Shares in the group, which trades as UP Global Sourcing Holdings on the London Stock Exchange, shot up 6% to 94.3p as markets opened this morning.

Agriculture and engineering group Carr’s is searching for a new CEO following the decision by Tim Davies to step down after seven years in the role.

The board has started “a rigorous process” to select a suitable successor to lead the group in the coming years.

Davies will remain at the helm until a successor is appointed and for a handover period to ensure a smooth transition.

Carr’s chairman Peter Page thanked Davies, on behalf of the board, for his “enormous contribution” over the past seven years.

“He has led the group with passion and integrity, developing its international focus and a strong organisational culture,” he added. “I look forward to continuing to work closely with Tim during the succession phase.”

Davies said: “It has been a privilege to serve as CEO of Carr’s over the last seven years and I am proud of the achievements of my colleagues and the group during that time. I firmly believe that now is the right time for a new CEO to lead the group, building upon its strong position, and to develop its strategy into the future.”

Pub group JD Wetherspoon has released a trading update ahead of its full-year results in October.

It had now reopened 844 pubs from a total of 873, with some sites in airports and stations still closed.

Sales had gradually improved, with a rapid acceleration recently, largely due to subsidised food, coffee and soft drinks in the early part of the week, the group said.

Sales have also been helped by the addition of extra outside seating.

“The company nonetheless expects a period of more subdued sales once the scheme for subsidised early-week meals and drinks ends,” it added.

Martin confirmed Wetherspoons had five positive tests for Covid-19 among its 43,000 staff before lockdown and has had 24 positive tests since pubs reopened on 4 July – with testing substantially increased.

He compared the number to the 287 employees that tested positive at the Greencore factory in Northampton.

Martin added there was a debate in the scientific community, and among observers and commentators, as to whether lockdowns are beneficial in battling Covid-19.

“The debate is riven with rancour and political factionalism, but I believe, on the balance of the arguments, that avoiding full lockdowns and adopting the Swedish approach, is the better solution.

“Risk cannot be eliminated completely in pubs, but sensible social distancing and hygiene policies, combined with continued assistance and cooperation from the authorities, should minimise it,” he said.

As we head into the final week of August and the bank holiday weekend, there is very little news on the LSE or economic announcements.

Total Produce are set to report half-year figures on Thursday, but there are few other sceduled announcements.