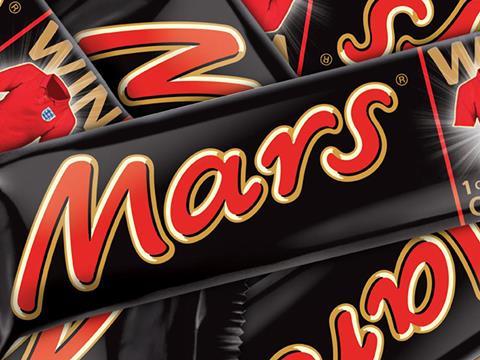 Renamed from Mars Chocolate UK in February 2018 when it absorbed The Wrigley Company’s UK arm, the confectionery giant posted revenue growth of 31.9% on its 2017 accounts to pass £1bn for the first time.

The revenue increase represents the incorporation of Wrigley sales in the UK, but Wrigley’s 2017 turnover was £241m - meaning the combined £1.1bn 2018 sales total was still up on the previous year, despite two months of Wrigley revenues not being included in the accounts.

The Grocer’s category report on confectionery last month revealed that Mars-owned brands were among the biggest gainers from the 4.8% growth in the overall take-home chocolate market. Starburst was up 37% and low-sugar, high-protein versions of Mars and Snickers supported its classic brands.

The launch of Maltesers Buttons and Truffles helped the brand grow 21.3% year on year [Nielsen year to 3 August 2019].

The accounts showed the company’s bottom line also improved, with pre-tax profits rising from £81.8m to £122.9m, while gross profit margin in the combined group improved from 20% to 23%.

Mars Wrigley said the business remained “well placed due to investment into the products, brands, processes and consumer relationships”.

It added that it expected current levels of profitability to be maintained.#

A Mars spokesman said: “As a privately owned company, we don’t comment on financial performance. That being said, we’re pleased that, despite tough market conditions, Mars Wrigley continues to be well placed to deliver the products that consumers want and love.”

Meanwhile, its UK petcare arm, owner of Pedigree and Whiskas, reported more modest growth, with sales up 2% to £523.1m in the year.