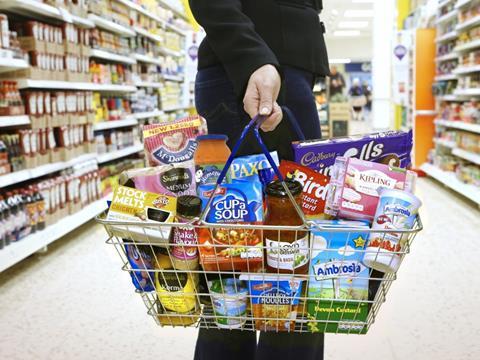 At first glance it may seem somewhat surprising to witness shares in Premier Foods flying today – up 10.5% to a four-month high of 40.6p – as it posted another quarter of falling sales as its power brands once again failed to perform.

But a closer look at the trials and tribulations of the supermarkets over the past year and their mini-resurgence following a better-than-feared Christmas gives some insight to just how entwined the Mr Kipling owner is with the fortunes of the big four.

Although total sales at Premier fell again in the three months to 31 December by 4.6% to £255.2m, with power brands down 3.5% to £158.6m, it represented an improvement for the second successive quarter (Q3 figures fell by 4.7% in total and 5.1% for the power brands). And it follows a recovery in the share prices of the three listed supermarkets, with Morrisons’ share price up following the sacking of Dalton Philips, Tesco’s climbing on the back of Dave Lewis’ turnaround plan and Sainsbury’s stocks rising as festive figures were better than expected.

Indeed, the massive collapse in Premier’s share price in March 2014 – falling spectacularly from 160.8p to below 70p – came as Morrisons said aggressive price cuts to compete with Aldi and Lidl would slash profits by more than 50%, sending its own stock sliding in the process.

And he adds the major prize in 2015 for Premier would be the recovery of the big four.

“Whilst we are broadly encouraged by the improving sales trend and management plans for FY2015, and indeed beyond, in our view the strongest support Premier could receive in returning to sales growth would be an improved performance from the mainstream grocers, who remain the overwhelming home for Premier’s branded portfolio,” he says. “In this respect, we are encouraged that the big four have woken up to the challenges facing them, have begun investing to sharpen pricing and we believe are likely to see the branded fmcg suppliers as an ally in the fight against the predominantly private label grocery discounters.”

Jefferies analyst echoes those sentiments and contends that as the market in 2015 remains fiercely competitive, Tesco holds the key to industry value chain profitability. “What we thought we heard from Tesco CEO Dave Lewis on 8 January was a strategy of surgical strikes, not the destructive shock and awe that we think the market has been discounting. And with Premier already talking Lewis’s language of de-complexification, the stage is set for the beginning of a beautiful relationship, if the supplier plays its cards right.”

The improving trend at Premier in the past two quarters coincides with the group finally turning on the investment tap in product.

It relaunched Mr Kipling in the second half of 2014 and the £20m investment in the brand’s capacity is set for completion in May. The purveyor of “exceedingly good” cakes was the stand-out performer for Premier in the fourth quarter. Bisto, also delivered “encouraging” share gains throughout 2014, supported by launches of new products and associated advertising campaigns.

“Overall, we are encouraged that in areas where we have targeted brand investment, we are seeing a return through a positive impact on sales, volumes and/or market share,” Premier said in this morning’s update.

“While near-term market conditions are expected to remain challenging, the company’s commitment to brand investment continues, with consumer marketing expenditure expected to double in the first calendar quarter of 2015.  This investment will be funded by existing cost reduction programmes.”

Shirley notes with interest management’s intent to keep investing in 2015: “Looking into FY2015, management has reiterated its commitment to driving NPD, highlighting a 15% increase in sales/marketing/innovation resource, a further 10-20% increase in marketing spend and a 100% increase in resource to drive International sales. The funding for such activities will come from ongoing cost savings, as the group harvests the benefits of its SKU and supplier rationalisation programme.”

But reversing the trend in declining sales, more investment and a loving relationship with its big four grocery customers is not the whole story. There is one more piece of the puzzle and that is the monumental size of Premier’s debt.

Ken Odeluga, a senior market analyst at cityindex.co.uk, says despite some negatives in the trading update investors were cheering the top line achievements especially because they came hand in hand with the expectation that net debt would reduce significantly in 2015.

“Premier’s debt profile has been a concern for investors for a number of years,” he adds. “Total debt is currently more than three times the size of its market value. That’s slightly more three than times higher the average debt-to-equity ratio seen in a group of Premier’s rivals like Tate & Lyle and Associated British Foods.

“Lower debt would mean better and cheaper credit, and that in turn would bring overall costs down. Premier Foods’ currently has a ‘B’ rating from S&P, verging on the junk side credit, suggesting relatively high financing costs.”