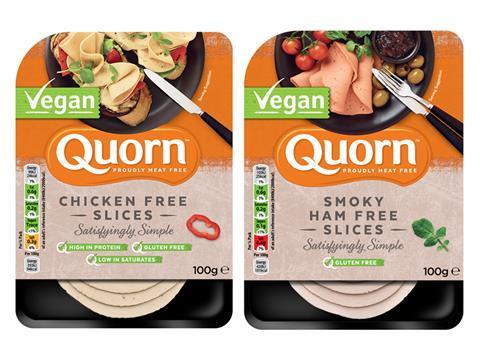 Soaring demand for a meat-free diet has fuelled a 16% jump in sales at Quorn in 2017 to a record £205m. The business said the rise in vegan and flexitarian lifestyles helped drive the global growth.

Quorn, acquired by Philippines-headquartered Monde Nissin in 2015 for £550m, has invested heavily in growth at home and overseas in recent years.

It exports its range of meat-free products to 20 countries around the world, including Australia, South Africa and the US.

Growth in 2017 came on top of an 11.4% increase in revenues in 2016 as the Yorkshire-headquartered company continues to make headway with its ambitions to become a billion-dollar business.

Profit figures for the year are not currently available as accounts have yet to be audited, however, Quorn expected single-figure growth in EBITDA on the £35.7m in 2016 as it continues to plough money into further rapid growth.

“Around the world we are seeing a significant increase in meat-reduction diets, including both flexitarianism and veganism,” CEO Kevin Brennan said.

“The vegan trend is something that Quorn Foods is responding to with the launch of more and more vegan products such as Vegan Chicken-free Slices, Vegan Hot and Spicy Burger, and Vegan Fishless Fingers, which are winning around the world.

“Choosing to eat Quorn products is about more than choosing great tasting food. It’s about a mindful choice to care for your and your family’s health, and also for the health of the planet. What is exciting for us is that Silicon Valley firms keep talking about what they are going to do, whilst we, a great British innovation, are already delivering it having now served over four billion meals since launching in 1985. This further underlines our continued success and how much consumers love our products.

“I am extremely proud of our growth and the quality of our foods that underpins that growth. At Quorn Foods we continue to take a long term view and we plan to invest heavily into the meat-free category and maintain double-digit growth rates.”