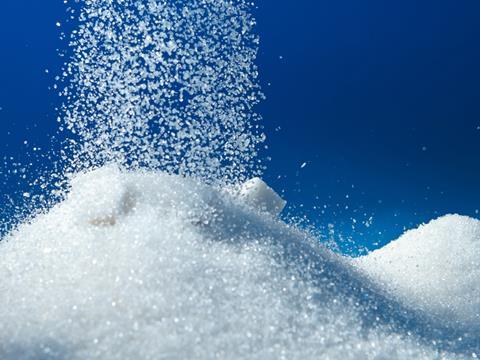 Associated British Foods will take a £128m hit in its first-half results thanks to continuing troubles in its sugar division. The group is ceasing operations in Heilongjiang province in the north east of China after concluding factories in the area would remain “uneconomic for the foreseeable future”.

A further large reduction in profit from AB Sugar this year will also lead to an expected decline in adjusted operating profits for the group.

However, a strong performance by Primark over Christmas contributed to a 1% increase in revenue in the first 16 weeks of its financial year. The group added total sales growth for the period to 3 January would have been higher at 3% if not for the continuing strength of sterling against most of its major trading currencies.

EU sugar prices remained low in the period leading to lower revenue and margins in the UK and Spain, but the group said it was starting to see some stabilisation. “The European campaigns are progressing extremely well with record factory performances achieved,” ABF added.

In November the group revealed a drastic downturn in the sugar business, with turnover falling by 22% year-on-year to £2.08bn, led to a 3% decline in headline annual revenues to £12.9bn for the year to 13 September, despite a stellar performance by Primark. Adjusted operating profit for the division also plunged by 56% to £189m as prices fell and volumes slumped.

ABF said this morning that it had made substantial progress in developing a beet sugar business in north China since the first investment in 2007.  However, it added that Heilongjiang proved to be the most challenging area in terms of achieving beet yields which were sufficient to provide its factories at Yi’an and BoCheng with an adequate supply of raw material at a competitive cost.

A loss on closure of businesses in the province of an estimated £128m will be included in the group’s interim results, reflecting the write down of assets and including one-off cash costs of £18m. ABF said, following this action, it expected all remaining sugar factories in China to be cash generative, even at the current low sugar prices.

The performance of the group’s grocery division made for better reading with Twinings Ovaltine continuing to make “good progress” with record market shares achieved in a number of key markets, including the UK.  “The business is on track to deliver further good profit growth this year,” ABF added.

Primark once again propped up the group with sales 12% ahead (15% at constant currency) of last year as a result of increased retail selling space and “very high” densities in stores opened in 2014. Trading in the past five weeks, including Christmas, was also strong.

“This year we expect Primark’s expansion to continue and grocery, ingredients and agriculture to make further progress in operating profit on the back of their very positive performance last year,” ABF said.

“With the fall in EU sugar prices and weakness in the world sugar price, we expect a further large reduction in profit from AB Sugar, but this will put much of the effect of the structural changes in EU prices, seen over the last three years, behind us.”