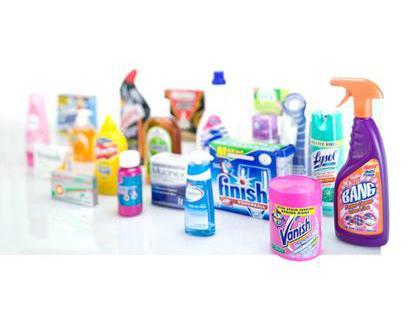 In Europe and North America like for like sales were up 5% in the fourth quarter driven by the company’s consumer health “powerbrands” and broad-based growth across the territory. Developing markets sales were up 12% like for like led by Dettol, Harpic, Finish and Durex and strong performance in India, China and Turkey.

The strong fourth quarter meant RB reported full year like for like revenue growth of 6% for the year ended 31 December 2015.

Total revenues were £8.9bn, up 5% on a constant currency basis and by 6% like for like to exceed targets. Negative foreign exchange movement meant net reported revenues fell by 5%.

RB’s developed market area delivered like for like growth of 5%, which the company called “an excellent performance where markets are stable”. Emerging markets delivered 9% LFL growth with improving trends in the second half driven by India and China.

Operating profit as reported was £2,2bn – up 4% versus the previous year and up 7% on a constant currency basis. Gross Margin increased by 140bps to 59.1%

Rakesh Kapoor, CEO said, “RB delivered excellent growth and margin expansion in 2015 as a result of our continued focus on our Health, Hygiene and Home Powerbrand portfolio and supported by our culture of innovation and agility.

Despite a year of mixed market conditions, we achieved broad-based growth, across both developed and developing markets. This was led by an exceptional performance in Consumer Health, due to both a strong flu season at the beginning of the year and outstanding performances from our innovations on brands such as Scholl, Durex, Nurofen and Strepsils.”

He added that this year he expects the macro environment to remain tough, but that “our strategic choices across Powerbrands and Powermarkets will enable RB to deliver another year of growth and margin expansion.”

Consumer health was the star performer of 2015. The category, which includes Nurofen and Durex and makes up 33% of revenues, achieved net revenues of £2.9bn representing like for like growth of 14% in “an exceptional year of growth and outperformance”.

RB also announced a number of new product initiatives for the first half of 2016, including Nurofen Soft Chews for Children, Durex Invisible condoms, Dettol Gold and Finish Supercharged Powerball.

Project Supercharge, which was announced in February 2015 and to cut costs and simply the organisation, is expected to lead to £150m over three years but “a significant portion” of those savings have already been achieved.

RB shares were up 7% to 6,387p today, heading back towards their annual high of 6,500p achieved back in August.

Analysts at Liberum maintained their Buy rating on the stock with a price target of 6,900p. The broker said: “Strong cash flow generation provides ample scope for healthy shareholder returns while providing sufficient firepower for M&A targeted at accelerating Reckitt’s push to become a global leader in Consumer Health.”