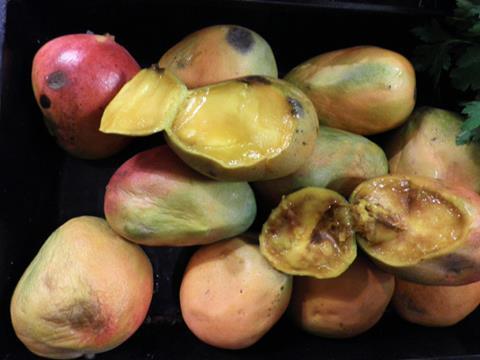 The owner of a Nisa-branded store in Nottingham has been ordered to pay £3,520 after pleading guilty to displaying rotten fruit.

He was fined a total of £1,000 with a further £2,500 prosecution and investigation costs and a £20 victim surcharge, bringing the total penalty to £3,520. The case followed an eight-month investigation by the Rural Payments Agency’s Horticultural Marketing Inspectors.

An inspection conducted on 16 June 2015 found 10 regulated displays in breach of the EU marketing rules for fresh produce quality and labelling. This included a display of loose mangoes and pre-packed nectarines on offer for sale in a rotten condition.

“The ultimate objective of the RPA’s Horticultural Marketing Inspectors is to work closely with the fresh produce industry at all times,” said Paul Caldwell, RPA operations director.

“They use face-to-face inspection as a means of providing advice and guidance to help retailers such as Mr Coupland understand the role that the marketing standards can play in adding real value to their business.

“Unfortunately their advice is not always heeded by individuals and businesses and when all other options are exhausted, the RPA will resort to the use of criminal sanction to bring about a required change in behaviour.”

“However, our records indicate that they purchase the majority of their fresh produce from local markets and not from the Nisa supply chain,” he said.

“Nisa’s fresh and chilled offering is recognised as one of the best in the market and has been one of the reasons behind a number of high-profile retail groups joining Nisa in recent times.”