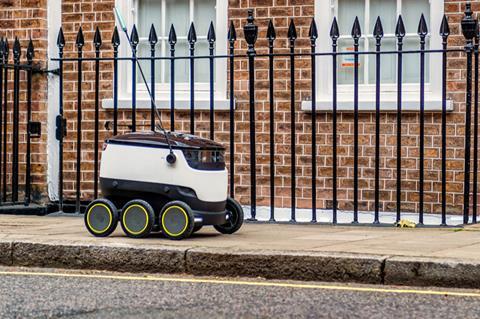 Robots delivering Tesco and Co-op groceries in an hour are reaching new areas as of this week.

Tech startup Starship Technologies has grown its Milton Keynes delivery area by a third, adding Broughton, with a bigger-scale expansion set to be announced within weeks.

The robots can deliver in as little as 15 minutes of customers placing orders on Starship’s app. The groceries are picked from a Co-op in Monkston and a Tesco Extra in the city’s Kingston Centre.

“We are expanding,” said Starship’s marketing VP Henry Harris-Burland. “We were always planning this. The robots can make it. There’s lots of demand where we’re operating.”