Tesco and Mars face off over petfood prices 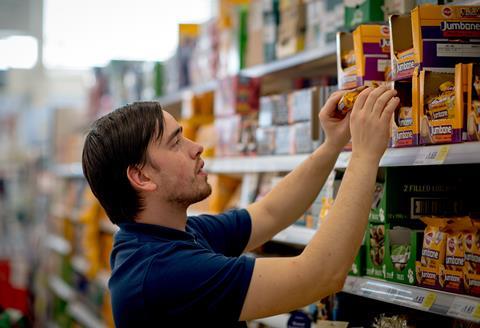 Tesco shelves are being left empty of petfood as the result of another pricing dispute between the retailer and Mars Petcare.

Just one week after The Grocer revealed a major spat between Tesco and baked beans giant Heinz, it has come to light that the petfood giant – which owns a raft of household brands including Sheba, Whiskas, Pedigree and Cesar – has also paused supply to the retailer, leading to gaps on shelves.

A Tesco spokesman gave The Grocer the same statement the supermarket gave when initially approached about Heinz. The spokesman said Tesco was “laser-focused on keeping the cost of the weekly shop in check, offering customers great value through our combination of Aldi Price Match, Low Everyday Prices and Clubcard Prices”.

“With household budgets under increasing pressure, now more than ever we have a responsibility to ensure customers get the best possible value, and we will not pass on unjustifiable price increases to our customers.

“We’re sorry that this means some products aren’t available right now, but we have plenty of alternatives to choose from and we hope to have this issue resolved soon.”

Research by The Grocer using Assosia data shows the price of many SKUs across Mars Petcare brands has increased across the other mults in recent weeks.

Sheba Select Slices Cat Food Pouches Poultry in Gravy 12x85g, for instance – which have been missing from Tesco for nine weeks – rose in price from £4.50 to £5 in Asda today (5 July). They were subject to the same 11.1% price increase in Sainsbury’s on 23 June and in Morrisons on 20 June.

The rumoured pricing battle came to light in a tweet from Grocery Insight CEO Steve Dresser, who speculated that “after Heinz, Tesco could also be running in to dispute with Mars in the pet category”.

It appears that after Heinz; Tesco could also be running in to dispute with Mars in the Pet category….

Some lines are already showing as out of stock online. pic.twitter.com/RSFUkhnZ1f

Dresser tweeted screenshots from the retailer’s website, showing out-of-stock products from Whiskas and Pedigree, as well as photographs of empty Tesco shelves, with the labels indicating no stock arriving to store until 23 July.

Shoppers have also taken to social media to complain about the rising cost of petfood over recent weeks.

Gaps definitely opening up on shelf, with the labels indicating no stock arriving to store until 23rd July.