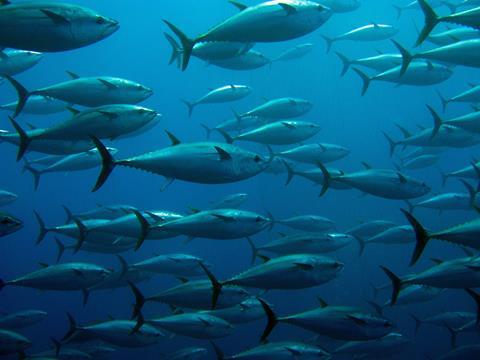 Major retailers, including Tesco, Waitrose, M&S and Sainsbury’s, have written to the Marine Stewardship Council to raise their concerns about the controversial practice of ‘compartmentalisation’ when certifying tuna fisheries.

The practice allows fisheries to be certified as sustainable for certain portions of their catch, even if crews also catch non-certified fish using unsustainable practices on the same trip. It hit the headlines last summer, when pressure group On The Hook launched a campaign calling for the renewal of MSC certification of the Pacific PNA fishery to be halted over compartmentalisation concerns.

Tesco, Waitrose, M&S and Sainsbury’s have all written to the MSC over compartmentalisation, following lobbying on the subject by a group of MPs affiliated with On The Hook.

The cross-party group of MPs, which includes ex-Defra minister Richard Benyon, Tory MPs James Heappey and Zac Goldsmith, and Labour’s former shadow environment secretary Kerry McCarthy, claims the practice is not in line with responsible fishing policies, and wants the MSC to stop allowing it.

The content of the supermarkets’ letters to the MSC has not been made public, but a spokeswoman for M&S said: “Whilst we are big supporters of the MSC, we have raised our concerns with them about this issue and are addressing this directly with them.”

Waitrose also confirmed it had “passed our views on this topic to the MSC”, while Sainsbury’s told The Grocer it had “fed back” to the NGO. Tesco said it fully supported “the work the MSC is doing to engage stakeholders to identify opportunities to strengthen the MSC Standard”, but declined to give further detail on its communications with the NGO. However, the group of MPs claimed it had been told by Tesco its concerns had been raised with the MSC.

The MSC declined to comment. It is understood its board of trustees will meet today and tomorrow (17/18 January) to discuss the topic of compartmentalised fisheries.

Waitrose and Tesco both stock own-label tuna products from the Tri Marine fishery in the Pacific, which the MPs and On The Hook claim also employ the same compartmentalisation practices. M&S and Sainsbury’s do not currently stock fish from compartmentalised fisheries.

“Consumers look to the MSC to offer sustainably caught tuna from a wholly sustainable fishery,” said Heappey. “Supermarkets are rightly concerned too; if the situation is not rectified they may have to review their association with the MSC. The MSC must take this opportunity to correct this loophole in their standard to ensure consumer confidence in the ‘blue tick’.”

Goldsmith added: “The big supermarkets are aware of the questionable practices taking place in these tuna fisheries and they need to take responsibility for products they are selling. The MSC has been a hugely important tool in the fight to save our oceans, but compartmentalisation of these major tuna fisheries threatens to erode trust and destroy its brand. That would be bad for the whole industry.”

A spokesman for On The Hook said it was “pleased” supermarkets were “taking accountability for the products on their shelves by joining calls for the MSC to certify only sustainable tuna fisheries”.

He added: “We press upon the MSC board the need to listen to both the industry and parliamentarians and take action quickly. The longer the MSC allow the loophole to remain in place the more damage they do to their own brand and several protected species.”