Can One Below breathe new life into the 'fixed-price' model? 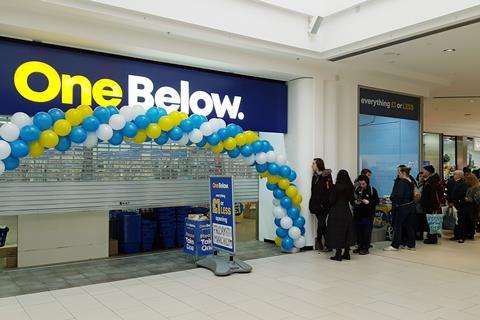 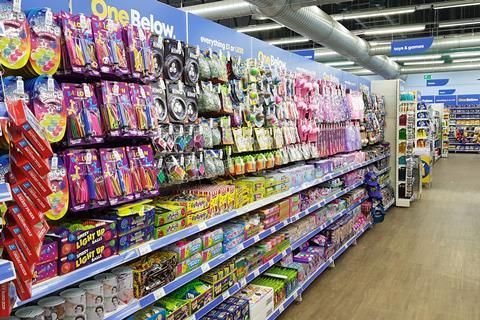 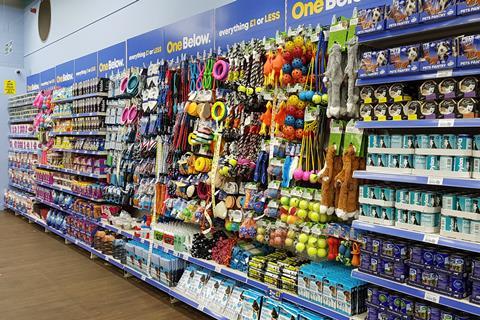 Discount staples include a pet aisle, but GM ranges are thin compared with rivals 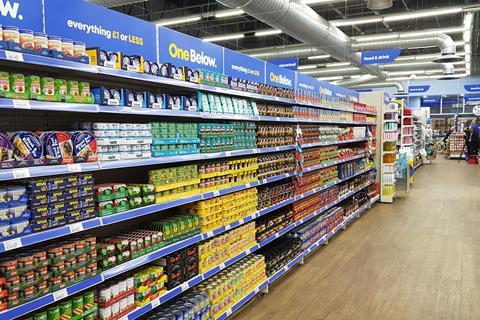 That might work for Poundland “but it’s not what I’m doing,” says Edwards Jr, whose answer is aisles and aisles of fmcg 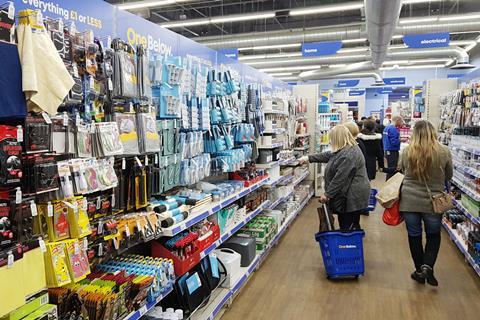 Queues began to form at the four checkouts within minutes 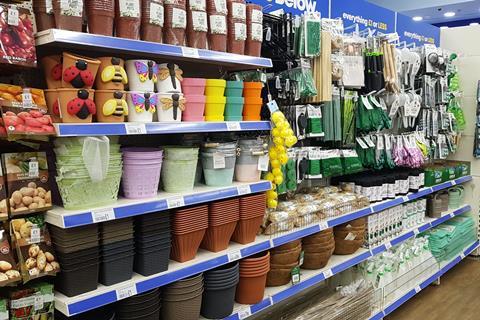 With £1 the highest price, the simple value promise of a pound shop is retained 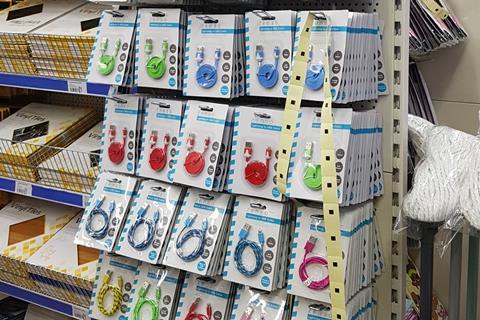 A superfluous paper strip is testament to the rush to open

Run by Chris Edwards Sr and Jr, One Below has risen from the ashes of Poundworld with a tweaked pricing model, a food and drink focus and an ambitious store openings programme

The fixed-price discounter has all but disappeared from the UK’s high streets. Before its 2018 demise, Poundworld had moved to a multi-price format. Poundland, too, plays fast and loose with the round pound model, stocking products for £5 and £2 too. And at One Below, the latest venture to rise from Poundworld’s ashes, there’s yet another tweak to the model, with all products at £1 or less.

Behind the new retail chain is the formidable father-and-son duo that ran Poundworld in its heyday, Chris Edwards Sr and Chris Edwards Jr. In many ways the younger Edwards is the driving force behind the business though, with the pricing model his idea. “The £1 model doesn’t work any more,” he says, with its pricing too easily undercut by multi-price operators such as Home Bargains. And so here, at the opening of its 6,000 sq ft Nottingham branch (one of four opening on the same day, all housed in former Poundworld stores) many fmcg products retail for just below a pound. There’s Highland Speciality shortbread and Butterkist popcorn, both at 89p.

The flexible approach also helps to mitigate the impact of the sugar levy on soft drinks, a category that accounted for no less than 5% of sales at Poundworld. “We used to do three [fizzy drinks] for a pound, or two for a pound and it worked,” he says. “Now they’ve got to be 69p, 79p, 89p,” none of which has £1 as a multiple.

A focus on food and drink is in fact the other big differentiator that sets One Below apart. Before its launch, Edwards Sr announced that roughly 50% of products would be fmcg. Standing in one of two whole aisles of snacks, Edwards Jr says it’s actually 60%. It looks like it could be even more.

Read more: How Bargain Buys is turning Poundstretcher sales around

Lacking the breadth of merchandise at rivals (there are no £1 engagement rings or Brexit passport covers in sight) could this be a point of weakness though? After all, the range still isn’t sufficient for a full grocery shop. Will shoppers really keep returning for tins of tuna that are 10p cheaper?

The Edwards duo certainly seem to have faith. If the pair realise their ambitions for the chain there will be four more openings each week until there are 50 stores. These latest four sites - of a total of eight currently open - have created 100 jobs alone. In many cases these roles have gone to staff made redundant from Poundworld too. One Below’s head of retail operations, profit protection consultant, two area managers and four visual merchandisers are all from the old Poundworld team.

It’s a rapid growth plan that won’t be without teething problems if today is anything to go by, however.

At 12.02pm - two minutes after the advertised opening - a queue blocks the entrance to other stores in the shopping centre. IT problems have delayed the delivery of stock. Worried staff demand clarification.

A few minutes later though and chaos is transformed to order. Litter is gone from the floor, and someone shouts “OK, let’s do this.”

“It’s the first time I’ve ever been late opening a store,” says a breathless Edwards Jr, as shoppers flood in.

Opinion: What can be learned from the success of Poundland?

The rush of customers is something Poundworld would surely have envied in its final days but an initial flurry of interest like this isn’t exactly atypical for discounter openings. New Poundstretcher stores, under the Bargains Buys banner, draw similar crowds. The challenge is to keep them coming. After all, while One Below’s pricing model may give it more flexibility to undercut competitors, doing so will presumably place added pressure on margins, making any decline in footfall even more painful to bear.

“I can’t tell you how at the moment, but my margins are the same as they were at Poundworld,” says a smiling Edwards Jr. He won’t give more detail. Though the fact that he’s also managing director of Gem Imports, which brings over discount products from China, is likely to be part of the answer.

He arguably deserves the benefit of the doubt, too. Few are better acquainted with the pound shop model. Who better, then, to fix it?