After 10 years of GSCOP, what’s changed – and what’s left to do? 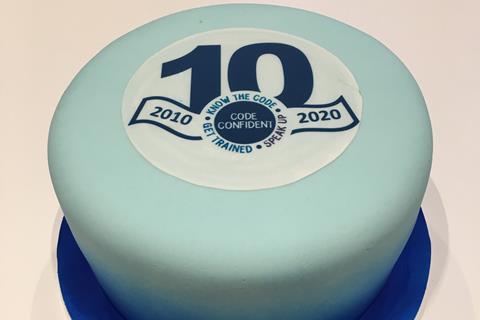 Since the code began in 2010, the annual survey has proved to be a powerful tool in driving change

This week the Groceries Supply Code of Practice reached a major milestone: its 10-year anniversary. Introduced to ensure the country’s largest retailers treat their suppliers lawfully and fairly, the landscape for groceries suppliers has changed enormously since 4 February 2010.

Admittedly, in the early years it was hard to see the Code making a difference. It required a driver to set the retailers who dominate our high streets on the road to progress. Parliament recognised that and created a regulator with bite.

Since my appointment as the first Groceries Code Adjudicator (GCA) in June 2013, I have worked closely with the retailers and that collaborative approach has achieved significant progress. I know this because since the beginning I have tracked the changes through an annual survey, with suppliers recording improvements in retailer behaviour year on year.

2019 was the best-ever, with only four out of 10 suppliers reporting having experienced a Code-related issue in the last 12 months – down from a high of eight out of 10 in 2014.

To mark the anniversary, I launched my seventh and final survey before I step down in June. As always its value comes from the significant number of suppliers who respond, providing a comprehensive picture of the issues – right down to retailer level. So once again I am calling on all sectors and sizes of suppliers to take the time to shine a strong light on what is happening in the sector. The information provided will be immensely valuable for the retailers, as well as for my successor.

But the survey is not just about information. It has proved to be a very powerful tool in driving change – a tool that I am extremely proud of creating.

The retailers are hungry to understand what issues their suppliers are experiencing, they want to identify the challenges and they are eager to do something about them so they can rise up the annual league table and try to knock Aldi off the top spot it has held since 2014.

As I look back over the past seven years, I can see it has helped make my role more about encouragement and reward rather then punishment. I believe that these two themes have been at the heart of my success, although I don’t underestimate the impact of my two investigations, which have proved to be gamechangers for retailers’ understanding of what the Code requires of them.

The Tesco investigation allowed me to be prescriptive on the issue of delay in payments, requiring that pricing issues should be resolved in seven days and ensuring suppliers are given 30 days to challenge any proposed deduction. Delay in payments has now dropped from the number one issue thanks to my regulatory power to hold all the regulated retailers to these standards.

The results of my more recent investigation into Co-operative Group Limited are now driving my mission to establish a whole-organisation approach to Code compliance across all the regulated retailers. I am not talking about returning to the early days of the Code with no Adjudicator overseeing it. Rather I want all retailers proactively considering, monitoring and measuring their approach to compliance, to reduce the risk of future Code breaches. Already we are moving firmly in that direction.

I took on the role of GCA because I wanted to make a difference. Seven years on I’m proud of many achievements: the voluntary agreement on forensic auditing; cracking the hard nut of drop and drive; helping establish finance-to-finance helplines; encouraging more suppliers to get trained in the Code.

There’s more to be done – particularly to further improve the accuracy of forecasts. But what pleases me the most is that I believe we are well on the way to creating a culture in which retailers do the right thing not just because the law requires it, but because it makes good business sense.