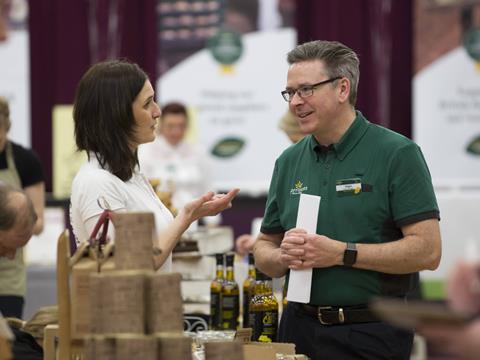 Morrisons is shortening its payment terms for its smaller suppliers to a maximum of 14 days.

The retailer said it was committing to pay suppliers whose business with it is worth up to £100,000 a year within two weeks of receipt of a valid electronic invoice. The new policy will be effective from 1 April.

The move is part of a wider push to make Morrisons easier to do business with for suppliers. In recent months, Morrisons has slashed the number of commercial income streams from 37 to just three and dropped a number of charges relating to issues such as customer complaints and changes to artwork on packaging.

It has also recently launched a search to find 200 new local UK suppliers this year. It held the first of 12 regional events in Keighley last week.

Morrisons said the new shorter invoice period would cover about 3,000 suppliers. For suppliers who don’t currently use an electronic ordering system, Morrisons is developing a free-to-use supplier portal, through which invoices can be raised and submitted. This is due to go live later in the year.

“We aim to buy and sell simply and when we listened to our smaller suppliers, they told us that these payment terms would help them with their cashflow. We want our smallest suppliers to grow with us,” said Morrisons group commercial director Darren Blackhurst.

Morrisons pointed out that some suppliers, such as livestock farmers, are currently already on payment terms that are less than 14 days. In these cases, the suppliers will remain on their existing terms.

Tesco was the first major retailer to reduce payment times for small suppliers to 14 days, in October 2015, while Waitrose made a similar move in July last year.