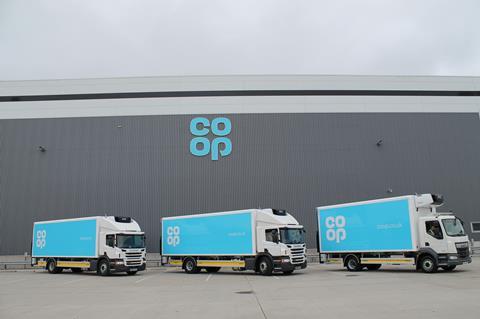 Tesco and Co-op could be risking a hefty tax settlement with HMRC as they boost their attempts to hire drivers in the face of a nationwide shortage, lawyers and tax experts have warned.

Both supermarkets are looking to engage HGV drivers with a limited company to their name, a contractual arrangement that HMRC has sought to crack down on through recent IR35 tax changes.

While hiring contractors via a limited company is no sign of wrongdoing, HMRC has sought to address what it perceives as a form of tax avoidance in which workers provide their services through an intermediary company rather as direct employment in order to minimise their tax bill.

With supermarkets now battling to attract HGV drivers, Tesco and Co-op’s openness to limited companies will increase their draw for drivers who can potentially use the structure to reduce tax and boost pay. Haulage companies including Wincanton, Culina and Gist are doing the same.

The move has surprised some experts, who believed most HGV drivers would now have to be classified as direct employees following IR35 tax changes in April.

Senior traffic commissioner Richard Turfitt concluded in a recent report that “the tax position [of haulage drivers] is comparable to that of drivers working for taxi companies who have been found to be workers and not self-employed”.

“I’m not entirely clear how they’re doing this because the IR35 stuff is clear,” said Tim Ridyard, a partner at Ashtons Legal and expert in road haulage law.

Tesco and Co-op said they were in full compliance with IR35 legislation, and ADR Network, their driver recruitment agency, said it had carried out extensive due diligence to ensure it was acting within the rules.

ADR’s HR director Peter Howitt said the agency had sought extensive legal advice, including from a leading QC, who provided a “strong written opinion” that supported the arrangements. The agency has also used HMRC’s online employment tool to confirm the position.

But were HMRC to conclude their recruitment of HGV drivers via limited companies should have resulted in income tax and national insurance deductions, the supermarkets and haulage companies could face a hefty settlement made up of tax payments, penalties, and interest, according to Amanda Dodsworth, a legal director for tax at Eversheds Sutherland.

For this reason, as well as the possible reputational risk, she expects them all to have carried out extensive due diligence prior to opening any contractual arrangements to determine whether they need to operate PAYE for these workers.

The recruitment tactic has also angered other logistics operators who claim the move will accelerate already soaring wage inflation. Drivers can boost their incomes by around 25% by using a limited company, meaning any employer hiring a driver directly must raise salaries substantially to compete.

“They’re being very naughty,” said one logistics expert on condition of anonymity. “They definitely won’t be making many friends this way.”

Peter Howitt at ADR Network said haulage drivers can be often be classified as self-employed in large part due to the principles of ‘mutuality of obligation’ and ‘substitution’, two of the tests run by HMRC to determine employment status.

Many drivers meet the first criteria as they can be booked last minute, cancelled last minute, and have no obligation to meet a certain volume of work, said Howitt, while the substitution criteria is often met because limited company drivers can typically swap themselves for another driver to carry out a job.

However, Mark Jones, a partner at IBB Law, cautioned that a worker’s employment status was now typically judged on what happens in practice rather than on the labels assigned to it. The right to substitute yourself for another worker, for example, is a factor in determining self-employment, yet “substitution in most instances is a ruse because it often never happens in practice”.

Were things to go wrong, however, Jones argued it would be more likely that the recruitment agency would bear the brunt of taxation for having directly engaged the limited company driver, rather than the end client such as Tesco or Co-op. “The end client is essentially keeping an arm’s length away from the contractor by putting an agency in as a buffer.”

Padma Tadi, a senior associate for employment at Irwin Mitchell, agreed that companies must be careful about drafting contracts to say one thing but engaging drivers in another. “HMRC does have the power to look beyond the superficial stuff and talk to haulage drivers, get them to talk through a typical day etc, to determine whether they are really self-employed or not.”

A Tesco spokeswoman said it was “doing all we can to manage the current challenges facing the logistics industry and ensure our customers can get the products they need”.

A Co-op spokesman said the adverts were placed by ADR and not by Co-op, and it expected any HGV drivers engaged via these adverts to be providing services for multiple customers.

“We are discussing with ADR to ensure that their adverts are not misleading. The Co-op is fully committed to complying with the letter and the spirit of all tax obligations, including in respect of IR35.”

Paul Willocks, group marketing manager at Culina, said the company “has conducted thorough due diligence in checking all the relevant compliance,” and will “continue to take all the steps necessary to ensure legality and fair employment models”.

A Wincanton spokeswoman said it “adheres to the highest employment and governance standards” at all times, and “always ensures that it operates in full compliance with IR35 legislation”.

An HMRC spokesman said it could not comment on any specific taxpayer, but “how a business decides to engage their workers remains a business decision for organisations to make”.