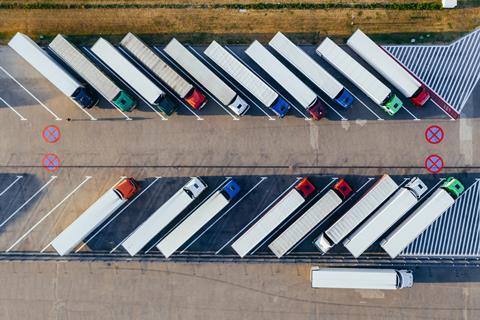 Government plans to ban haulage businesses from using red diesel in refrigerated vehicles could make air quality worse, the Cold Chain Federation has warned. Any sudden change in rules would also have a “devastating impact” on the refrigerated distribution sector, it added.

On Wednesday The Times reported Chancellor Rishi Sunak intended to cut subsidies for use of the fuel, and heavily restrict its use.

Red diesel – which is similar to regular diesel, but with a red dye added to prevent it being used by regular road vehicles – is used in the cold chain to run refrigeration systems on more than 50,000 trucks and lorries.

Switching to regular diesel instead of the much cheaper red diesel could cost the refrigerated haulage industry £150m a year, the CCF said.

“Consumers rely on a safe and secure food chain,” said its CEO Shane Brennan. “By removing red diesel from refrigerated vehicles the Chancellor would be imposing devastating, unavoidable, costs on to hard-pressed hauliers.

“This proposal could not come at a worse time for a food chain that has been battered by three years of politically created uncertainty, planning and re-planning for shifting Brexit scenarios,” he added.

The federation – which is backed in its opposition by the Federation of Wholesale Distributors – had been discussing a gradual phasing out of diesel in favour of low-emissions alternatives with ministers for months, Brennan said. The CCF said any plan must give hauliers time to develop and scale low-emission technologies and provide the infrastructure required by diesel alternatives, like electric charging stations.

It is unclear whether the Treasury’s proposal includes a transition period.

“By imposing this sudden shock to operating costs the government’s action would have exactly the opposite effect, making it even harder for businesses to afford new, cleaner vehicles and equipment and keeping older ‘dirtier’ equipment on the road for longer,” Brennan said.

The British Frozen Food Federation said that the policy could further hurt the environment by discouraging use of frozen food.

“Frozen food has a massive role to play in helping reduce the incredible amount of food wasted in this country every year,” said the BFFF’s CEO Richard Harrow. ”Adding costs, and thus possibly increasing the price of our products, could limit our ability to encourage consumers and professional kitchens to use more frozen food to the benefit of the environment.”