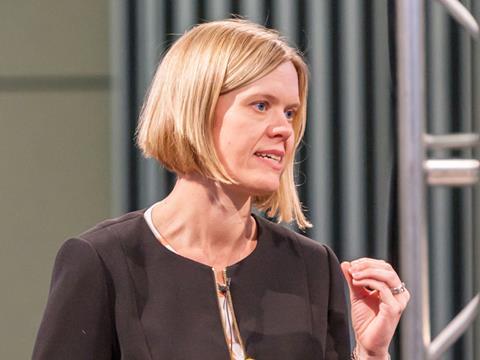 Tracey Clements, MD for convenience and One Stop CEO

Speaking this week at the IGD Convenience Summit, Tracey Clements, MD for convenience and One Stop CEO, said the new stores would merchandise products to fit with shopper missions rather than by category.

“Historically our Express stores have always been categorised as an ‘on-the-move’ store or a ‘neighbourhood’ store, and that was it,” said Clements.

“So you’re either always on the move or in your neighbourhood. But that’s a categorisation that was done 15 years ago when things were different. So we had a look and said, ‘do they really behave like that?’.”

Basket analysis found stores had traded as an ‘on-the-move’ and ‘neighbourhood’ store at different periods throughout the day.

“But we hadn’t designed them or laid them out or worked with the space to do that,” added Clements.

Clements added: “So we’re pleased, they look great, they look amazing. We’ll see how they do and get the reaction from customers. When they say ‘you’ve finally put everything in the right place’, you think we might’ve cracked it in some of these areas.”

But the sites closed just a year later, with Tesco saying customers had told them they preferred a wider range of products.