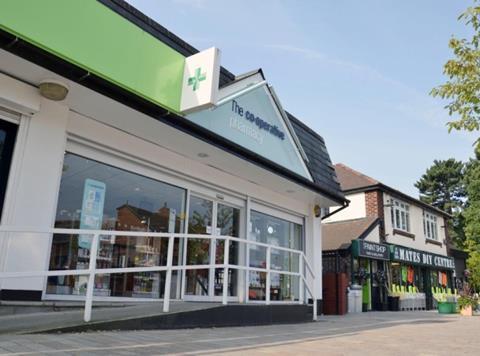 Members and staff of The Co-operative Group have blasted the society for not letting them have their say on the sell-off of its farming and pharmacy businesses.

In the same week The Co-op revealed it had received an “overwhelming” response to its Have Your Say survey - launched a week ago to ask shoppers, members and staff how it should operate in the future - it was forced to admit it was planning to sell off The Co-operative Farms and was considering the sale of The Co-operative Pharmacy, after details were leaked to the media.

At the same time, reports suggested the society’s full-year losses, expected on 26 March, could be more than £2bn.

In a message to staff posted on its website, group CEO Euan Sutherland said the sell-off plan was “not based on the performance of either of these businesses or the fantastic colleagues working in both”.

The farming arm has 15 farms and four packing houses. In its annual report last year, the society said it “suffered from poor weather and low yields across several crops, depressing operating margins.”

“What is the point of people ‘having their say’ if decisions are already being made before the results are in?” wrote one member of staff on the society’s Facebook page.

Another posted: “Come on Co-op listen to our opinions or is Have Your Say a PR stunt!”

Other staff also expressed dismay that the farms and pharmacy would be sold but The Co-op still planned to retain its 30% stake in The Co-operative Bank.

“Sell off the bank, it’s the bank that put us in a mess not the farmers,” posted one member of staff.

Another wrote: “The failure of the bank destroying the company. Sell the banking and keep the rest.”

And another said: “’This decision is not based on the performance of either of these businesses’… so excuse me for being maybe missing something but why on earth then are we selling them? I realise tough times mean tough decisions but come on!! Sad times for everyone.”

Co-op members also made their views known. “So the results of the survey are to get rid of the Co-op farms & pharmacy,” posted one. “Very ethical and that’s going to entice people to use the Co-op more??”

Another said: “How many elected members voted for this?”

Former Co-op Group CEO Peter Marks revealed at the Treasury Select Committee’s inquiry into the collapse of The Co-op Bank’s deal to acquire 632 Lloyds Bank branches in October that he had previously suggested that the farming business should be sold. He said his suggestion had been “rejected”.