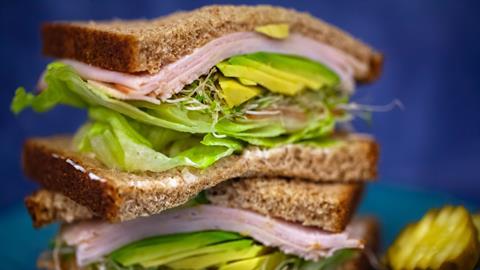 Brexit is no picnic. The EU must play its part to reduce border disruption

“Welcome to Brexit, sir. I’m sorry,” said the Dutch customs officer as he tossed away the driver’s ham sandwich. And presumably he was. No one except a school bully enjoys stealing someone else’s lunch. But post-Brexit trading rules insist personal imports of meat and dairy products cannot enter the EU from Britain, and this officer was clearly in no mood to make allowances.

The incident, shown on Dutch TV news, has hopefully attracted some eyeballs in Brussels, for it is a clear illustration of the bizarre and at times ridiculous implications of the new trading regime. While the UK government has garnered much of the criticism, at least in the British media, the role the EU takes in ensuring free-flowing trade will be just as vital in minimising disruption at the new border.

Take Northern Ireland, for example, and the empty shelves currently troubling supermarkets. Yes, the government’s claims that there “is no Irish Sea border” were extremely unhelpful to businesses unsure how to prepare, but the shortages now seen in the region might be avoided if the EU could introduce some flexibility about how precisely the new rules are applied. Many doubt the full suite of checks is strictly necessary given not one iota of change has occured in the standards governing food production in either region over the past 12 days.

It goes without saying that neither the UK or the EU wants shoppers to be concerned their food may not be available at the shops each day, but from the situation we now find ourselves in, it is the EU with the the power to make a difference. Businesses are, after all, impinged by its rules. Traders will find a way in the long run to mitigate the full weight of the border rules that now exist, but this will always come at a cost. Greater allowances from Brussels would not go amiss.

The same goes for the full scale of health (SPS) checks now required on UK exports to the EU. While the political justification for these is understandable, given the UK’s sovereignty would never come without cost, the result is damaging to both UK and EU businesses. Especially while the UK remains  fundamentally aligned to EU standards, full inspections seem like overkill.

The UK and the EU have established joint committees to colloborate on issues such as Northern Ireland and health checks as they evolve, but only time will tell whether any positive progress can be made. Both sides (particularly the EU) now have greater priorities than Brexit and it is unclear whether either will be willing to expend the political capital, both at home and abroad, to secure the reductions in red tape.

For now, at least, it looks like truck drivers better pick the vegan sandwich option.