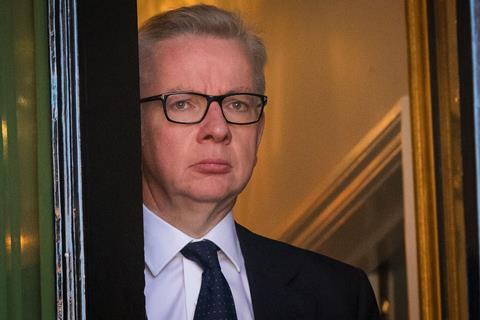 Today’s news that Henry Dimbleby will lead a government review of the food sector will be music to the ears of those who have criticised Michael Gove for ‘taking the F out of Defra’.

Gove has been taken to task on a regular basis during the past two years over his department’s perceived lack of interest in the food bit of his department.

And while Defra under his watch has admirably led the way in reducing plastic use – banning microbeads, launching a 25-year environment plan and pushing forward with a new clean air strategy – there have been fewer policy successes on the food side.

But in what could be his swansong ahead of a cabinet reshuffle by a new prime minister next month, there appeared to be universal praise for today’s announcement of a review into England’s food system to make it “fit for the 21st century”. Even arch critics such as City University’s Professor Tim Lang welcomed the “good news”.

Dimbleby will investigate the entire food system, from field to fork, as part of work to formulate a “trailblazing” national food strategy for England.

“There are urgent challenges with which we must grapple,” he said. “Populations are growing, diet-related conditions are harming the lives of millions, and climate change is altering what our land will yield.”

Dimbleby has been busily working behind the scenes on this plan for several months in a bid to bring around some outspoken critics of Defra’s previous stance on the future of the food sector.

The restaurateur’s (and Gove’s) aim was to deliver “safe, healthy, affordable food, regardless of where people live or how much they earn”, Defra said today.

But after a series of false starts during the past 20 years, can Defra really deliver on a new food strategy this time?

Despite the department’s grandiose claim this was the “first major review of the UK food system in 75 years”, the food industry has witnessed a litany of policy failures ranging all the way from the Curry Commission in 2002, Food Matters in 2008, Food 2030 in 2010 and the 25-year Food & Farming Plan last year.

’Forgive me if I sound a note of caution – because we have been here before,’ Coca-Cola European Partners’ communications VP (and former editor of The Grocer) Julian Hunt wrote on LinkedIn this morning.

All of these initiatives were “excellent attempts to create a vision of success”, he wrote. But they either ran out of steam or were abandoned by ministers.

With Brexit still mired in uncertainty and British politics showing no sign of returning to normality, the food sector will be praying any change in leadership at Defra does not hinder this latest attempt at reform.

As NFU president Minette Batters said: “It’s crucial this strategy delivers for everyone.” As a starting point, it’s crucial this review actually delivers its findings, full-stop. Because the enormous challenges facing the industry, from Brexit to obesity to climate change and much more, are not going away any time soon.