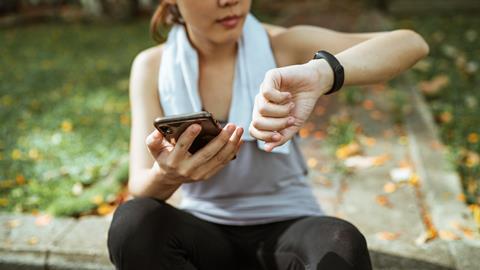 Is Boris Johnson’s ‘incentives scheme’ to fight obesity worthwhile, or simply a gimmick?

It’s been four months since PM Boris Johnson reassured us all he was “as fit as a butcher’s dog” after a run-in with Covid, which showed him first-hand how obesity is an even greater threat to life under the current pandemic than before.

Today, the PM unveiled a £100m scheme which he hopes will allow adults and children alike to follow his Olympian example – one which had food and drink industry leaders doing somersaults of joy, in the belief this is a significant sign of a new government approach to public health policy.

The PM has turned to Sir Keith Mills, a fellow Olympic hero of sorts and the man who launched Air Miles, to come up with a scheme which will incentivise healthy behaviours with the prospect of financial rewards.

Mills is most famous in supermarket circles as founder of the Nectar card, which he launched in 2002 and sold in December 2007, in a deal reported to have netted him tens of millions.

He went on to become CEO and international president of the London 2012 Olympics campaign, a subject close to Johnson’s heart as then-Mayor of London.

The businessman was also called on by none other than Prince Harry to help him launch the Invictus Games, although it would seem unlikely the Duchess of Sussex will be invited to front the new campaign, especially if Buckingham Palace has its way.

The exact nature of the reward scheme is yet to emerge, although there is speculation it will lead to the creation of a new Fitbit-style app, with perks. Ministers cite a national step challenge intervention in Singapore, aimed at encouraging Singaporeans to do more physical activity as part of their daily lives with financial incentives, as inspiration.

The big question is: what does this move say about the future direction of government health policy?

Ever since the PM’s brush with death, there has been doubt over what it would mean for his approach considering his and health secretary Matt Hancock’s previous attacks on ‘the nanny state’ and ‘sin taxes’.

Amid calls from health campaigners for regulation to replace the floundering voluntary action on obesity, with an expansion of interventions such as the sugar tax, there had been speculation initially the PM would be a convert to the cause – with moves to ban HFSS promotions in store and online as well as a crackdown on TV junk food advertising just the start.

But a leaked white paper last month gave perhaps a more accurate impression of the government’s intention, with a heavy emphasis put on individual lifestyles and exercise.

Today’s announcement, timed to coincide with World Obesity Day, suggests the government is committed to pursuing this lifestyle approach, rather than continuing Theresa May’s Childhood Obesity Strategy and its bombardment of industry targets.

But it could still see a major role for the food industry, not least supermarkets, who have already experimented with using incentives to nudge consumers towards healthier choices.

Back in 2013, with London’s Olympic triumph still a recent memory, then-Tesco CEO Philip Clarke told The Grocer it planned to use its Clubcard loyalty programme to tackle the UK’s obesity crisis. And with Clarke long departed, Tesco went further down that track in 2017 when it used Clubcard as part of a trial with GPs in Oxford, which saw family doctors work with Clubcard patients to monitor their purchases and suggest healthier swaps.

Until now, such schemes have remained limited trials, but if the man who brought us Air Miles can get the new scheme to take off, reward apps linked to everyday purchases could become a key plank of the obesity strategy.

Whether it is the right approach, however, is a debate guaranteed to ignite a battle between enemies of the nanny state and those who argue the way forward is tougher regulation of the industry.

“We’ve long called for a holistic approach to address obesity and targeted support for those who most need it,” says the FDF’s chief scientific officer, Kate Halliwell, who claims the industry stood ready to work with Mills to develop the rewards scheme.

Health campaigners, on the other hand, are fearful their calls for a tougher line on obesity are being ignored and that the obesity strategy will, like those before it, end up being watered down.

Influential cardiologist Dr Aseem Malhotra tells The Grocer he was asked to provide advice to Hancock about how to tackle obesity in the wake of the pandemic.

“I told him it was all about tackling the over-processed foods and unhealthy diets being encouraged by the food industry. But instead what are they doing is turning to one of Boris’ mates and coming up with a massive gimmick which will do nothing whatsoever to tackle obesity.”

As lockdown begins to ease and more details emerge of the government’s plans, we can expect this debate to get very fiery indeed.