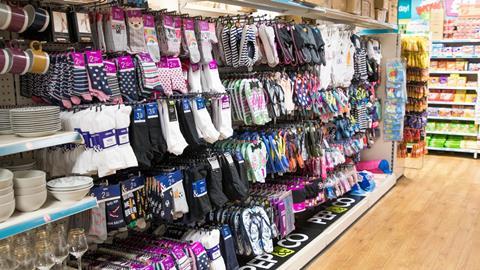 Variety discounters have been on the back foot over remaining open following Boris Johnson’s order that non-essential retailers must close.

B&M, Home Bargains and Poundland have all significantly expanded their food ranges in recent years. But with the possible exception of the latter, it’s not something they’ve shouted about. So perhaps it’s not surprising that the news they continue to trade has prompted some to question what on Earth is essential about budget phone chargers or garden furniture.

“How is @Poundland deemed as a vital need for shoppers and staying open? I’m confused,” wrote one twitterer.

Less taciturn than its rivals, Poundland last week told “the chunterers to pipe down” for the sake of its “18,000 key workers”.

Not all the chunterers were convinced, though. Poundland was “needlessly putting your staff in harm’s way for profit,” replied one. “Retailers such as Tesco, Sainsbury’s, Asda etc provide more than enough during this crisis.”

In fact, it’s not exactly confusing that Poundland remains open. You only need to walk through the doors of any branch to see that the greater part of its range is food, fmcg and household. And it’s clearly in the interests of social distancing that we don’t make major supermarkets the only remaining destinations for food.

But neither is the matter altogether clear cut. Do Poundland’s Pep&Co clothing ‘shops in shops’ still need to be trading, for example?

Does B&M still need to be selling hot tubs? – a question reportedly raised by one of its own employees in The Times.

The question is, should non-essential ranges remain on sale in shops only allowed to stay open because of their essential products? As we are all told to stay at home, should anybody be providing the opportunity to go out to buy a plant pot, and putting staff at risk in order to sell one?

It’s not a question for the variety discounters alone. There will be an element of snobbery underlying the criticism directed at them as opposed to, say, supermarkets, who also continue to sell clothes and general merchandise. Why, for instance, are Agros branches still open inside Sainsbury’s?

The Grocer revealed on Friday that the police had begun attempting to tell convenience stores what they could and couldn’t sell. The Association of Convenience Stores says its members can sell whatever they sell; the government has only defined the types of shops that can remain open, not what they can or cannot stock.

Perhaps it is time that additional guidance was provided.