2
Beer & cider: Stella soars as Brits get the beers in
Top Products

Beer & cider: Stella soars as Brits get the beers in 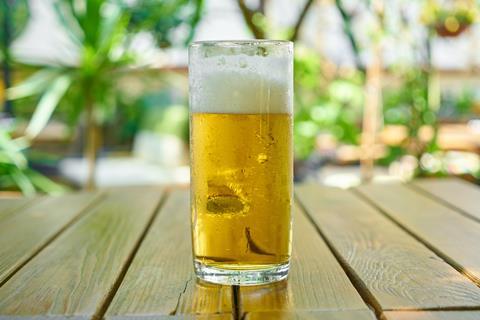 Brits bought an extra 382.6 million litres of lager, ale and cider this year

It’s been a stellar year for Stella Artois. An extra 287.9 million litres of the UK’s favourite lager passed through tills as Covid-19 hit Britain, adding just under £105m to its value. That’s the largest gain of any non-tobacco brand – ahead of huge names such as Coca-Cola and Pepsi.

Stella’s not alone in its soaring success. Other big-name lagers are some of the highest-grossing brands in this entire Top Products report.

Take the £92m gains made by San Miguel, distributed by Carlsberg in the UK. Combine this with the fact Carlsberg’s core pilsner has achieved growth of £17.8m, and the once-beleaguered supplier is in a healthier position than it’s been in some years.

It’s largely thanks to the pandemic, which drove shoppers to buy an extra 382.6 million litres of lager, ale and cider this year.

After the initial shock of lockdown, “we saw consumers shift and try to make the best of things – and off-trade sales saw the results,” says Carlsberg marketing director Emma Sherwood-Smith.

“As the hot weather hit over summer and the nation took to the great outdoors and socialising outside, we saw 750k new shoppers who purchased San Miguel.”

Watch: how lockdown is shaping the beer & cider category sponsored by Heineken UK

So, summer sunshine was a boon for beer. And for cider – which saw massive gains for premium, mainstream and flavoured brands alike. The most noteworthy performance was by Strongbow Rosé. Having launched just this year, its £17.1m worth of sales makes it the UK’s 14th biggest cider in grocery.

But not all brands have benefited. Greene King, for instance, saw volumes of its Old Speckled Hen ale fall 8.1% after canning supplier Molson Coors shut down its line.

No matter their fortunes in grocery this year, all brands have taken a hit this year due to the closure of pubs and restaurants, points out Sherwood-Smith.

“While retail sales have seen a boom, we are still mindful of the impact the hospitality sector has faced,” she says. “Overall consumption of alcohol has fallen and the boom in retail does not compensate for the loss in on-trade sales.” 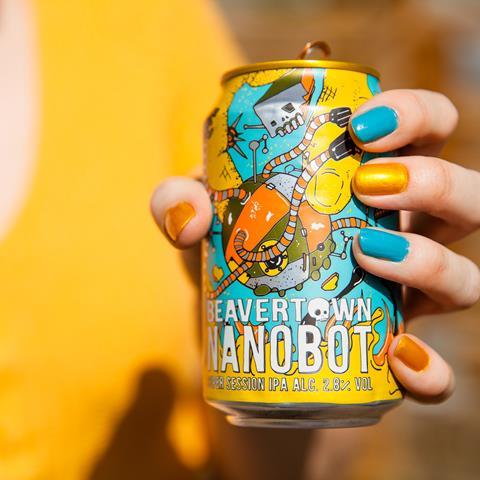 North London’s trendy Beavertown Brewery made its long-awaited debut in the low & no market in May. It wasn’t with a 0% version of an existing brew, but with a 2.8% abv take on fashionable table beer. Billed as a “super session” IPA, Nanobot is made with Sabro and Simcoe hops. Promising “punchy citrus and juicy tropical top notes”, it’s available from Sainsbury’s at 97 calories per 330ml can. It’s since been joined by Lazer Crush, Beavertown’s first alcohol-free lager.