As Yogi Berra said: it’s like déjà vu all over again. “Fake-food scandal revealed as tests show third of products mislabelled,” The Guardian declared last weekend. A year on from Horsegate, the news sparked understandable concern - even if follow-up coverage has thus far been muted.

So, how worried should the industry be? Is this evidence of systemic food fraud?

The report, from tests carried out by West Yorkshire Trading Standards, highlights problems with labelling compliance and raises serious questions about the UK’s ability to continue policing compliance in the face of local authority budget cuts. The case for a new ‘fake food scandal’, however, looks less convincing.

First, West Yorkshire did not test foods randomly - it used targeted sampling, focusing its efforts on foods and traders it suspected might have poor compliance. Its results, therefore, do not suggest a third of food in the UK (or even just in West Yorkshire) is mislabelled. As an FSA spokesman puts it: “Given this is targeted enforcement and sampling activity, we would expect the proportion of suspected food fraud uncovered to be much higher than where a random selection of products were tested.”

Second, mislabelling does not necessarily mean food fraud. West Yorkshire outlined 331 problem cases (out of a total of 873 samples taken), but analysis by The Grocer reveals a significant proportion of these did not involve mislabelling in the ‘fake food’ sense of the word.

For example, 33 cases related to excess sodium or salt, 38 related to food supplements (typically involving dodgy health claims), and a further 20 cases involved foreign foods (typically from Eastern Europe) that simply did not have any English-language labelling. That alone amounts to 91 cases - nearly a third of the total number of problem cases reported.

None of this is to trivialise the West Yorkshire findings, of course. Food labelling is there to protect consumers and allow them to make informed choices, and any breaches are worth investigating. It is right that herbal tea isn’t allowed to promise overnight weightloss miracles, and a takeaway curry with four times the sodium recommended by the FSA is indeed a serious issue, but it’s not a ‘fake’ food - it’s a dangerously salty food.

It is also clear poor labelling isn’t a localised problem. Feedback from other local authorities suggests the findings in West Yorkshire are far from unusual. “West Yorkshire’s experience is representative of what we have found,” says Jacqueline James, group leader at Cardiff Trading Standards. A spokesman for Glasgow City Council says about 15% of the food samples tested by his authority fail to comply with labelling rules in some way. A food sampling report from Northern Ireland, published at the end of last year, also showed similar results to those reported in West Yorkshire.

“My experience is that labelling has generally poor compliance with legislation - some due to lack of knowledge, some [possibly] due to adulteration and deliberate mislabelling,” says James.

Smaller traders can find it especially tricky to keep up to speed on what’s required on the labelling front, adds John Robinson of public analysts Minton, Treharne & Davies. “A lot of legislation comes from Europe, and it’s quite complex. The government used to issue guidance to the trade, but they sometimes lag behind.”

The types of products found in smaller outlets can also increase risk. “Small suppliers have to differentiate themselves from the major supermarkets and that often means they are moving into more specialist products,” says Angus Knight, principal scientist at Leatherhead Food Research. “At that end of the supply chain, the volumes aren’t as big and there’s more scope for counterfeit goods.

“The problem isn’t necessarily that people are out to defraud, but people will try to buy things cheaper and they don’t have access to the kind of rapid laboratory diagnosis that would allow them to check on those products.”

In some cases, the breaches uncovered are truly alarming and firmly fit the description of ‘fake food’. One case noted in the West Yorkshire report, involving lamb , worryingly states “the sample did not contain any sheepmeat,” while the note on a Hawaiian cheese , ham and pineapple pizza reads “the cheese was not cheese, and the ham was not ham”.

One local authority, in England, also points to growing problems with additives in soft drinks . “There is a long-standing problem with drinks products from the US, where the legislation is different,” says a public analyst. “These products should be adapted for the EU, but many are not.”

Such problems highlight the need for effective policing along the food supply chain, but also the challenge to local authorities in continuing to conduct large-scale sampling and testing in the wake of cuts to public-service budgets. “We are fortunate to have our own public analyst and laboratory and have the biggest sampling budget within Wales,” says James. “Unfortunately with the proposed budget cuts, the public analyst laboratory is under threat and has been put forward as a budget saving.”

The number of samples has already dropped off. “In the last 18 months, since the Coalition budget cuts started, it has dropped off by the order of about 20%,” Robinson claims.

One possible strategy to deal with shrinking budgets - currently being explored by Professor Chris Elliott - is for local authorities and public analysts to move to a greater degree of specialisation. Instead of every authority testing the gamut of food products and every public lab offering a range of analytical services, this could see certain local authorities and labs focus on specific food categories and testing methodologies, with results shared across the country. “This would be quite innovative for the UK,” says Elliott, who plans to convene a meeting with analysts and Public Health England on his proposals next month. “If you have fewer resources, you have to be a bit smarter with your testing.”

Tony Hines at Leatherhead - who is currently working on a post-Horsegate project for the FSA - puts forward an alternative in which Trading Standards would look to community police officers for ideas on how to police the food chain.

“Trading Standards do a great job, but numbers are reducing through deficit reduction cuts,” he says. “I’d like to see far higher visibility of policing to ensure corners aren’t being cut. The major retailers already have a good handle on this, but with some restaurants, foodservice operators, mobile tea shops, farmers markets and the like - where is the high-visibility policing of that part of the supply chain?”

Whether any of these suggestions will gain cut-through remains to be seen. But one thing is clear: although the term ‘fake’ food may have been unnecessarily alarmist, the challenge of how to police all parts of the food supply chain effectively isn’t going away any time soon. 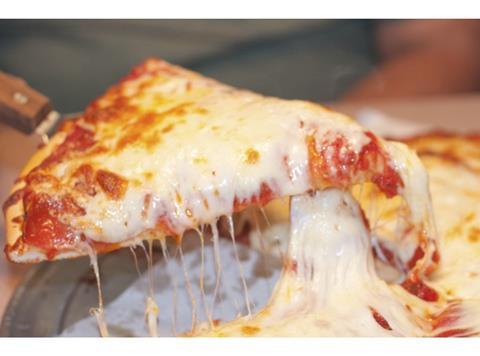 Hawaiian cheese, ham and pineapple pizza: “The cheese was not cheese, and the ham was not ham.”

Lamb (processed meat product): “The sample did not contain any sheepmeat.”

Chilli sauce: “A small white label stuck on the bottle top gave the durability indication as ‘best before 28 Jan 15’; however, beneath the label there were scratch marks and some very faint numbers were still visible. This appears to be evidence of an attempt to remove the ‘best-before’ date.”