Confex to make all members shareholders in major overhaul 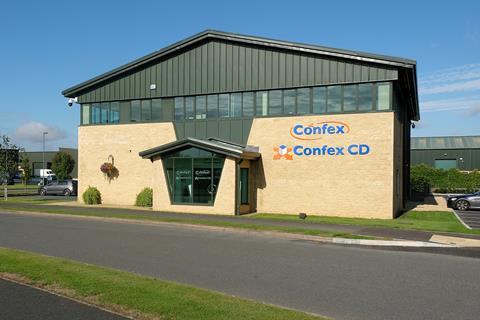 Buying group Confex is overhauling its corporate structure to allow its members to share its profits.

The changes, which come into force from 1 January, will see Confex’s 220 members become shareholders of the group and have a greater say in the future direction of the business.

Confex said all future profits made by head office will be shared amongst the membership according to their contributions, however overall ownership of the family-run group will not change.

The group is also creating a new board of directors, with four representatives from the membership and four from the management team based at Confex HQ in Moreton-in-Marsh. The role of chairman, currently held by former Landmark MD Martin Williams, is set to become a permanent fixture. Williams is set to continue in the role and the buying group said future chairs could either come from within the membership or be experienced industry figures.

The changes come in response to the creation in May of a breakaway buying group, NBC (National Buying Consortium), led by former Confex director David Lunt and made up of 23 Confex members.

At the time Lunt said a lack of transparency with how Confex is run had been a bugbear among some members and the key advantage of NBC was that it was member-owned.

Speaking to The Grocer this week, Confex MD Tom Gittins confirmed the latest changes had been “driven by the events of this year”. “Things happen in business that make you look at things in a very different way,” he explained.

Gittins added that the move aimed to retain its current members and attract new ones. The Grocer understands that one of the breakaway wholesalers has been convinced to remain with Confex.

Confex director James Loffet added: “The introduction of member shares and dividends is a practical demonstration of our continuing total commitment to our members and shows that we work tirelessly for the success and growth of their business.”