Mood contagion: how your emotions can spread to your team 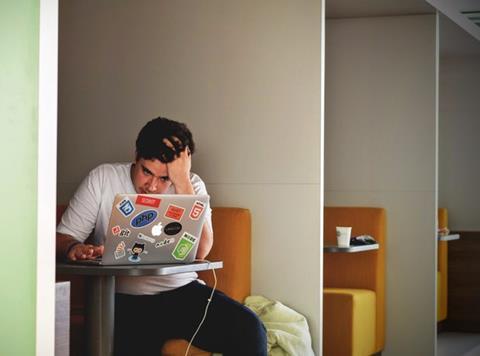 James did very well in his job. As a key account executive, he exceeded targets, was positive and found no task insurmountable. James was confident and ambitious to move to the next level. He achieved this and was promoted to commercial director.

Fired up with drive and enthusiasm, James repeatedly presented in team meetings what he thought were exciting objectives for the next 12 months and beyond. A member of James’ team responded: “I’ve seen it all before, it won’t work and it won’t happen, how is this any different?” Over time, James became worn down, deflated and frustrated with this negative attitude.

He went to his boss for support, who advised: “I brought you in to shake the tree - keep shaking it and fire anyone who isn’t on board!” James did so, but his team proved unyielding, so he came to me for coaching to sort his team, who he described as lazy and cynical. He couldn’t understand their short-term attitude.

James had a choice: focus on what he could control or accept the status quo. We started with an Emergenetics psychometric profile, which gave James a tool to adapt his communication and behaviour with the aim of increasing rapport and building relationships with every member of his team. He learnt people saw things differently than him, which enabled him to increase engagement and understanding. Rather than just talk about the big picture and ‘great ideas’, he changed how he communicated. Sounds simple, but when we’re busy and under pressure, common sense doesn’t always prevail.

James changed how he communicated and adapted his approach. He prioritised time to spend one-to-one with each team member. Over time, his team meetings became more collaborative, with healthy debate and increased engagement. James became more confident and secure in his ability to be a leader, and his team performed better.