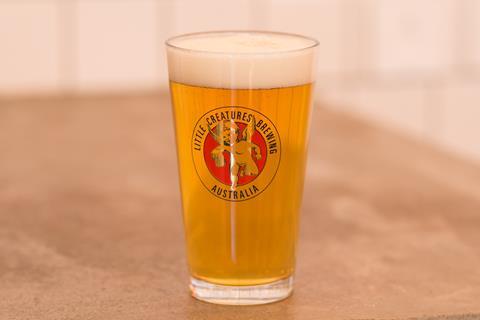 Fourpure, also owned by Lion, has been distributing Little Creatures in the UK

Australian brewing giant Lion has set its sights on further growth in the UK craft beer market with a new London brewery for its Little Creatures brand, The Grocer can reveal.

Lion has unveiled plans to open a 557 sq m, six hectolitre brewery, taproom and restaurant for Little Creatures in King’s Cross, with the brand’s head brewer, Lara Smith, moving to the UK to oversee the project.

The move would “embed the Little Creatures brand in the community, provide greater awareness and ultimately market the brand to an audience who already have a real interest in craft”, said Lion UK & Europe regional director Toby Knowles. Little Creatures’ Pale Ale is already stocked in Waitrose.

“London has been home to a real renaissance in world-class craft breweries in recent years and it’s exciting to be able to bring Little Creatures to such a vibrant market,” added Knowles.

Magic Rock MD Richard Burhouse told The Grocer at the time his brewery had seen off “three or four approaches which were very flattering, but none seemed a good fit in the way Lion did”.

Magic Rock is now expanding its production capacity and taking on more employees.

Last year Lion made its first move into the UK market with the acquisition of London brewery Fourpure. Fourpure then began distributing Little Creatures in the UK as part of the deal with Lion.

Fourpure has since significantly boosted its presence in the UK’s supermarkets: it is listed in Tesco, Asda, Waitrose and Ocado.