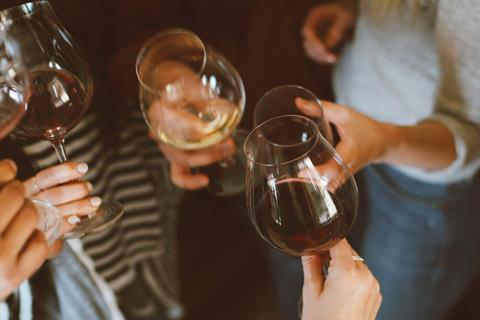 The surge could not make up for the “catastrophic” loss of on-trade sales, said WSTA CEO Miles Beale

Brits have splashed out almost an extra £1bn on wine since the start of lockdown, exclusive sales data reveals.

A wine industry source told The Grocer: “The area we are really seeing growth is in impulse rather than grocery, which would suggest a new shopping pattern of people popping out to get a couple of bottles to drink at home”.

However, this growth would not necessarily offset suppliers’ income from massively reduced on-trade business over the year, they said.

“People make a lot more money selling into the on-trade than the off-trade. It’s not like-for-like.”

Wine & Spirit Trade Association CEO Miles Beale echoed the comments. “Despite the surge in wine sales in supermarkets and the off-trade more broadly, this hasn’t made up for the catastrophic slump in hospitality sales. Wine fared better than other alcoholic drinks, but our latest figures show sales of wine across all channels were still down 11% on 2019’s totals.

“Despite on-trade venues being allowed to reopen, the situation is still very precarious for many for these businesses,” he added.

“Footfall is down 28% on 2019 levels thanks to the cocktail of ever-changing restrictions, the 10pm curfew and the lack of consumer confidence.

“It is especially difficult for the companies that supply the hospitality sector, which have not had the same support despite the same pressures.”