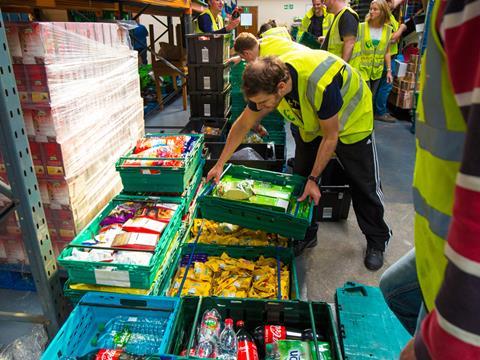 We were dismayed that the Government officially stated last week that it has no legal responsibility to help vulnerable people get the food they need in the event of a no-deal Brexit, or indeed any other emergency situation in which the nation’s food supply is seriously disrupted or if food prices rise significantly. Further, that Government expects the commercial food industry to secure food supplies for vulnerable people currently served by frontline charities and food banks.

As representatives of some of the nation’s leading food industry, distribution and food aid organisations, we strongly contest these assumptions and suggest they raise very troubling questions about basic responsibilities for ensuring that vulnerable people get the food they need in a crisis.

The surplus food redistribution charity FareShare has told Defra that if the 9,000 or so frontline groups that serve meals to extremely vulnerable people needed to buy their food direct, it would cost in the region of £5 million per month. This is the sort of budget that only national government can find, from their £6 billion Brexit contingency fund.

Meanwhile, the Trussell Trust and Independent Food Aid Network have strongly opposed the assumption that food banks – already over-stretched – could or should meet significantly increased demand for emergency food parcels. They call for cash welfare payments to help people buy the food they need.

Yet there was no sign of any such financial provision in the Chancellor’s September Spending Review. With EU Exit Day just six weeks away, the Welsh and Scottish Governments have made some money available to help vulnerable people secure access to food. The UK Government must immediately make available hardship funds to ensure vulnerable people can get the food they need in the event of a no-deal Brexit.