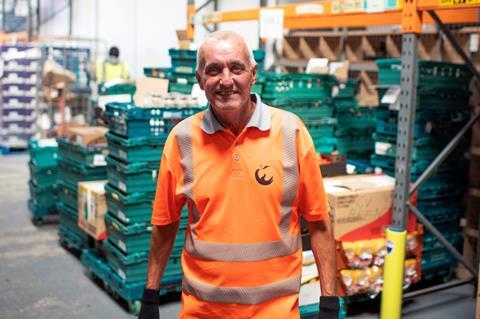 Tens of thousands of the UK’s most vulnerable groups are going hungry because the food and drink industry is falling short of its target to get food to them.

Figures from FareShare show that despite responses from dozens of retailers and suppliers, a rescue mission overseen by the charity and IGD is still more than 40% short of its target.

The initiative, launched two weeks ago, set out to provide more than 22,000 pallets of food to more than 11,000 food banks and other groups, feeding the likes of homeless people and those with mental health and addiction problems.

But FareShare CEO Lindsay Boswell said despite a massive increase in the food it was receiving, it was still well short of the food it needed to guarantee supplies to meet demand until the end of June.

“We have serious concerns about the resilience of surplus and donated food,” said Boswell.

“As things stand we have 58% of what is estimated we will need for April, May and June.

“So we are still far less than halfway towards our target. The maths doesn’t lie.”

More than 40 retailers and suppliers have joined the IGD/FareShare effort, which aims to get food to food banks on the ground who have knowledge of those in need.

FareShare said the response from the industry had seen the amount of food being re-distributed more than double.

“Last year in a good week we were getting 350 tonnes maximum,” said Boswell. “Last week we had 758 tonnes.

“The response we have had has been amazing, but we are looking for a lot more and we need many more food businesses to step up.”

FareShare revealed it had opened eight new warehouse spaces across the UK, including in Kent, Thames Valley, and Merseyside, to cope with the extra influx of food, much of which had been donated by landlords.

Boswell added it had been inundated with offers of support from volunteers, with 2,011 people coming forward in the first week of the crisis, compared with 1,700 in total last year.

“I’ve been blown away by the number of individuals in the food industry who see that people are in distressing situations and are determined to get food to them.”

Wrap issued new guidance this week urging companies not to be bound by best before dates, which were contributing to tens of thousands of tonnes of food being wasted, it said.