Mars warns of confectionery shortages after ‘breakdown’ at factory 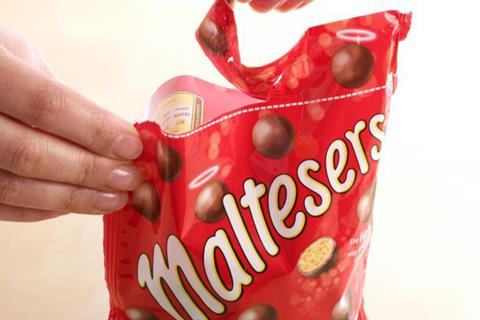 Mars has blamed a “mechanical breakdown” for shortages of several of its biggest chocolate brands.

The Galaxy and Maltesers owner said this week (3 March) it was “really sorry” that it was not “able to make as many treats as we would like”.

“For the time being, you may not be able to find Maltesers, Revels, and some other Galaxy treats including Minstrels, Counters, Galaxy Milk and Ripple.”

It stressed no other lines were affected.

You may have noticed that some of our chocolates aren’t as widely available in stores as they usually are.

Please read our statement below. pic.twitter.com/DM8EnHoTHI

One senior industry source in the wholesale sector said Mars’ impulse service levels were “very, very poor at the moment”.

“They are communicating well on shortages but that doesn’t help us – customers are frustrated,” they said.

Meanwhile on Morrisons’ website, the likes of block bars of Galaxy Smooth Milk, Counters and Galaxy Instant Hot Chocolate were out of stock.

Mars would not share further details of the mecanical breakdown with The Grocer. However, a spokeswoman insisted the brand was “doing everything we can to maximise our production volume and to mitigate the impact on our customers as much as possible.”

“We understand the situation is frustrating but our priority has always been to be transparent about our recovery progress and we will continue to keep our customers regularly updated so that they can plan accordingly.”

It is understood Mars does not expect Easter availability to be affected.

Last Mars apologised after numerous complaints from wholesalers around the availability of its confectionery ranges.