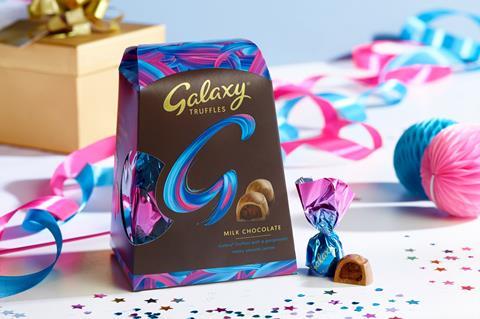 The MD of one large wholesaler told The Grocer it had experienced shortages of products, delays in delivery and in some cases failure to fulfil critical confectionery orders altogether.

The problems occurred despite itemised stock forecasts being submitted to the supplier in the summer, he explained.

“It’s frustrating when phenomenal suppliers let you down,” he said. “It turns positive customer relationships with retail customers into reaction conversations, and making excuses for other people’s poor service.”

One wholesale buying group also said several of its members had fallen foul of poor availability of Mars stock and PoS materials.

Lines including Mars’s Galaxy Truffles and Celebrations display-unit packages have been subsequently de-listed since its members’ ordered the products in July, leaving them without the required stock for September.

The buying group said its wholesalers were left having to “fight for their share” in the run-up to the festive period.

Colin Smith, CEO of the Scottish Wholesale Federation, said it was another example of manufacturers favouring alternative routes to market.

“The wholesale channel is in growth where the mults are in decline. Wholesale is a key route to market now and suppliers need to grasp that if they haven’t already,” he said. “This is the most critical time of the year to convenience and foodservice; to detriment them is criminal.”

A spokesman for Mars Wrigley UK declined to explain the reasons for the shortages and service issues but said: “We’re sorry that some ­wholesalers haven’t been able to get hold of certain items that they would like to stock.

“For those who order from us directly, we always do our best to offer an alternative where possible. We have a widely available and popular Christmas range. We are continuously working on improving availability and we work closely with our wholesale partners in the Christmas season and all year round to support growth in the confectionery category.”