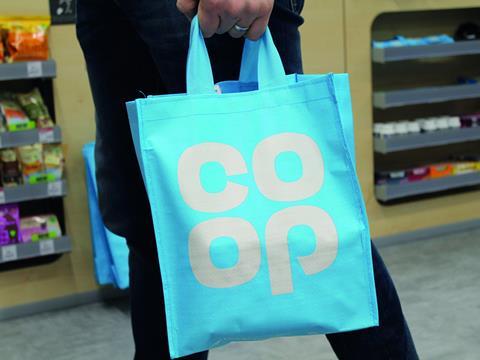 The Co-op sold more than 16 million mince pies over the festive period, helping to make it the group’s ’best ever Christmas’

The Co-op doubled sales growth over the festive period, making it the group’s “best Christmas ever”.

CEO Steve Murrells revealed in an internal memo to colleagues it had achieved a 6.2% jump in like-for-like sales over the two weeks to 1 January, a big spike compared with the 3.5% sales growth it achieved last year.

“In Food we did incredibly well,” he said, “achieving +6.2% like-for-like sales and performing ahead of the market. Our seasonal lines sold over £61m, over 9% more than this time last year.

“We sold more than 16 million mince pies, which laid one in front of the other would stretch from our support centre in Manchester to Paris.”

The retailer had sold half a million litres of prosecco, Murrells added.

Although the Co-op does not announce an official report on its festive results, the figures are a shot across the bows for its rivals ahead of next week’s crucial Christmas trading updates for retailers including Morrisons, Sainsbury’s and Tesco.

Insiders suggested the Co-op had partly benefited from the fall-out from wholesaler Palmer & Harvey, which toppled into administration just weeks before Christmas.

The Co-op also had the advantage of its stores being able to stay open longer than supermarket rivals on Christmas Eve, which fell on a Sunday.

Murrells said: “This year’s going to be an exciting one, but it’ll also be challenging as we continue to change and grow our businesses.”