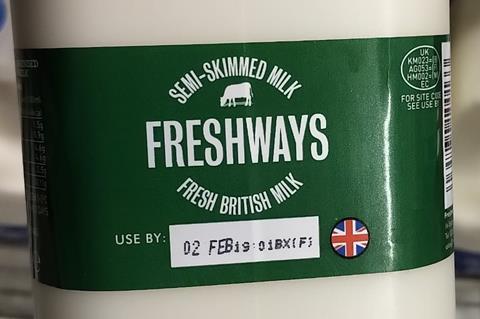 Milk processor Freshways has thanked the dairy sector for its support after revealing operations director Ravi Nijjar is “critically ill” in hospital with coronavirus.

The 38-year-old married father of two was taken ill just over a week ago, said his brother, Freshways MD Bali Nijjar, and remained on a ventilator in intensive care this week.

Ravi had spent the previous week in isolation at home after starting to show symptoms of the Covid-19 illness “but was still working and emailing”, Bali added. But on 13 April, he decided to go to hospital. “And that was the last we heard from him.”

Bali Nijjar was now also self-isolating at home, he confirmed, while stressing the Freshways business “can’t afford for me to be ill as well”.

Ravi Nijjar took the lead on operations and the day-to-day running of Freshways, Bali told The Grocer, and had been a key player in long-rumoured talks over a potential merger with rival milk processor Medina Dairy.

“With everything that has happened recently, the speed of that merger process will only increase,” Bali Nijjar said.

He thanked industry colleagues “for their messages of support during this difficult time”. Those messages were also motivating him to keep working “so that I don’t get any complaints when Ravi comes back”, he joked.

The news follows a turbulent period for the West London-based processor, which came under fire last month after announcing it would have to cut its farmgate price and delay payment to farmers due to the damage the collapse of the foodservice sector had wrought on its business. Bali Nijjar was also the subject of a newspaper profile in the Daily Mail last week, which cast his running of the business in a negative light.

It comes amid a worsening crisis across the wider sector due to excess milk caused by the coronavirus lockdown, which led to crunch talks between farmer representatives, processors and Defra officials last Wednesday.

As The Grocer reported last week, those talks ended in “stalemate” according to industry sources, amid disagreements over whether the government should directly bail out affected businesses and a call for more data from government officials. However, Defra announced on 17 April that the government had further relaxed competition laws to allow dairy businesses to share information and resource to redeploy excess milk.

New legislation could include sharing labour and facilities, co-operating to temporarily reduce production “or identifying where there is hidden capacity in the supply chain for processing milk into other dairy products such as cheese and butter”, Defra said.

Dairy UK and AHDB will now lead work to identify spare processing capacity. They will also consider how to stimulate demand and how production could be temporarily reduced.