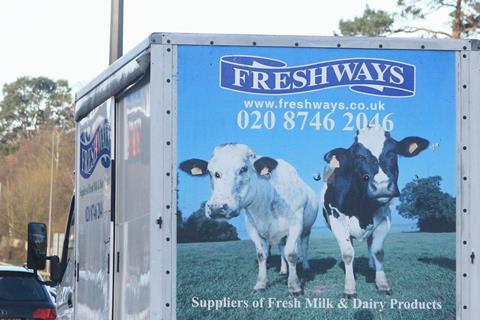 Sources claim Freshways and Medina are ‘exploring a merger’

Liquid milk processor Freshways has confirmed it is working with rival Medina Dairy, but denied claims the two firms are considering a merger.

Freshways MD Bali Nijjar told The Grocer this week that the two processors were working together on “some contract packaging and swaps”. However, he dismissed claims the company was exploring a possible merger with Medina as “rumours”.

Industry insiders have suggested talks between the two parties on a possible merger, which would create a business turning over in excess of £380m a year, were at an advanced stage. Customers of the two businesses had already been told about a potential tie-up, claimed one analyst.

A City source told The Grocer a closer partnership between Medina and Freshways was “inevitable” in the wake of the collapse of Tomlinsons Dairies last month, which demonstrated the need to improve margins in liquid milk processing.

Medina and Freshways reported combined pre-tax losses of £4m in their most recent accounts, citing difficult market conditions. Medina currently supplies milk to Sainsbury’s as part of an own label supply deal signed in 2016, though it has reportedly been dropped as of next year. Both suppliers are strong in convenience and foodservice.

It comes after research by The Grocer last month revealed the UK’s six largest liquid milk processors made a collective loss of £144m in the 2018 financial year.

Medina said it did not comment on “market rumours and speculation”.

Analysis: Is milk processing in Britain coming to the end of the road?