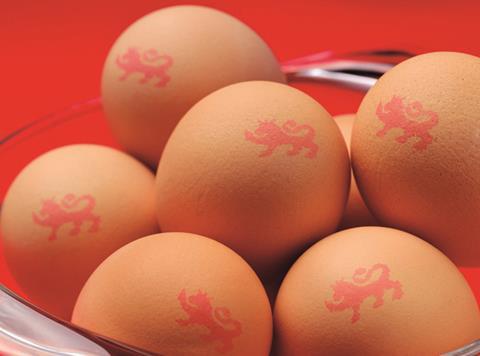 The FSA has issued precautionary egg safety and handling advice for a raft of Sainsbury’s eggs linked to a salmonella contamination.

Own-label eggs sourced from supplier LJ Fairburn & Son with a batch code of 1UK15270 are subject to the advice. Eight SKUs of varying sizes with best before dates from 30 October to 5 November “may have been contaminated” with the bug, said the FSA. One Merevale medium free-range egg SKU sold by Aldi and an Asda large free-range egg line have also been affected.

The FSA is advising people who have bought the eggs to cook them thoroughly, meaning the yolks and whites should not be eaten runny.

LJ Fairburn had identified “a potential issue with free-range birds in one of our houses” following routine testing, said a spokeswoman for the supplier, who also stressed it operated “rigorous and enhanced salmonella testing regimes, above the requirements of legislation”.

The issue had affected “only a very small number of eggs from fully vaccinated birds”, she added.

“Food safety, the safety of consumers and the welfare of our hens are paramount and as soon as we became aware, we alerted the British Egg Industry Council and the Animal & Plant Health Agency,” the spokeswoman said. “We have also been working closely with the retailers who sell our eggs and the FSA on this matter.”

Sainsbury’s pointed out the eggs were safe to eat if cooked thoroughly, while the BEIC said it supported the precautionary advice.

“The UK egg industry has the most stringent food safety standards in the world,” said a spokesman for the industry body.

“As part of the UK’s National Control Programme and the BEIC’s Lion Quality scheme, egg farms and packing stations are rigorously sampled and tested and, if salmonella is found, those eggs cannot be sold for human consumption,” he added.

“Once identified, the British Egg Industry Council took immediate action to suspend the flock concerned and remove any eggs from the food chain.”