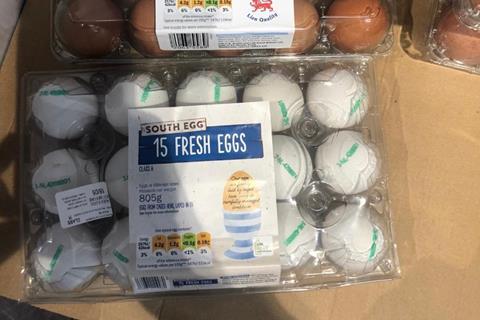 Lidl has been forced to source fresh shell eggs from the Netherlands in a bid to keep up with soaring demand.

UK supermarkets have largely stocked only UK-sourced shell eggs since the salmonella scandal of 1988 - which ultimately led to the creation of the British Lion accreditation scheme and an effective ban on imported eggs by major retailers.

However, a shortage of supply due to an avian flu outbreak earlier this year, coupled with the recent spike in demand for eggs, led the discounter to look at new supply routes.

As The Grocer reported last week, egg sales volumes are up almost 20% since the start of the coronavirus crisis, leading to widespread shortages across the mults.

Lidl has been supplementing stocks of its basic tier British-sourced 15-pack ‘Simply’ caged eggs with caged Dutch white eggs sold under a ‘North Egg’ brand. A Lidl spokeswoman stressed the move was temporary, “until normal supply and demand resumes, to ensure we can maintain availability for customers”. She also reiterated the retailer’s commitment “to sourcing eggs from British farms”.

But its decision to source imported fresh shell eggs was described as “extremely disappointing” by the British Egg Industry Council - which cited consumer concerns around Dutch eggs in particular following the fipronil scandal of 2017.

Imported eggs were “not produced to the same high food safety standards of the comprehensive and independently audited British Lion code of practice”, said BEIC chairman Andrew Joret. The BEIC was “very concerned vulnerable groups - who cannot obviously see that these eggs are not produced in the UK - could potentially be putting themselves at risk if these eggs make it into their hands,” he added.

FSA advice suggested British Lion eggs were the “only ones that are safe to be consumed runny, or even raw, by vulnerable groups such as young children, the elderly and the infirm”, he pointed out.

“Unless there is very clear communication in-store, on-shelf and on-pack there is a very real risk these imported eggs will bought by and for vulnerable groups and consumed runny.”

His comments were echoed by British Free Range Egg Producers Association CEO Robert Gooch, who said it was “extremely rare” for imported eggs from any production system to be stocked in UK stores.

Retail demand for shell eggs had “increased significantly over the past six weeks and that has, understandably, created some logistical challenges for retailers in keeping shelves stocked”, he added.

“But we are not aware of any current shortages of UK eggs. We would hope that all retailers would stock British eggs wherever possible.”