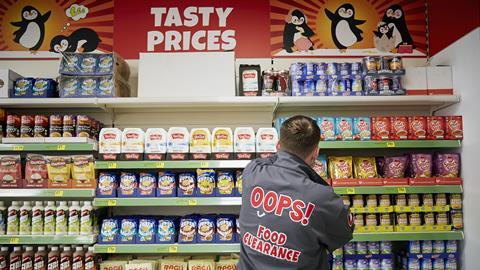 Think the pandemic has stymied the growth of food and drink startups? Think again. There’s little evidence to suggest the industry’s entrepreneurial spirit has been broken during Covid-19. Quite the opposite, in fact.

Take, for instance, the record growth last year in UK distilleries. A record number were registered in 2020 – growing by 124, up 28% on 2019, according to HMRC data. That was despite the closure of bars and pubs – a blow to booze that was barely cushioned by the growth in grocery sales.

But the pandemic hasn’t created adverse conditions for all areas of the market. As this feature shows, hygiene, health (both physical and mental) and new shopping habits are ripe areas for new business.

Now is “a really good time to launch, particularly if it is in, or related to, a sector that has increased its relevance and appeal” says Chris Blythe, owner of The Brand Nursery consultancy. “Probiotic food and drinks that offer protective health benefits and premium foods that replicate restaurant dishes spring to mind.”

Better-for-you food and drink is front of mind for many people, says Richard Horwell, MD of Brand Relations, which helps launch healthier and functional brands. “Last year was our biggest ever. We used to get one or two enquiries a month; we were getting that every day.” This uptick in startup ambition has been driven by “a lot of people sitting at home, thinking ‘I don’t want to be a wage slave any more; I want to work for myself,’” he adds.

Matthew Fearn, founder & CEO of incubator Nu Start Up, agrees that more people are “understanding the benefit of having their own business”. He points to the vast membership (11,000 at time of writing) of The FoodHub, a Facebook group for food and drink entrepreneurs.

The pandemic has also opened up different ways of trading. The direct-to-consumer channel – once seen as a tiny and largely inconsequential sideline – has captured shopper attention like never before. That is ideal for startups, says Fearn. “The more that’s in your own sphere of influence, the more data you have and the more agility you have to adapt to changing needs.”

Plus, DTC means success isn’t reliant on supermarket listings, Blythe points out. “The shift to more online shopping across a range of sectors, and the fact a new business can find more opportunities either via the likes of Amazon or its own DTC site, means there may be less dependence on a big four listing to get a new brand off the ground.”

A bricks & mortar presence requires more patience, says Fearn, who advises starting with smaller retailers and slowly working up to the biggest players. “It’s a much more sustainable model.”

The desire to grow too quickly too soon is a key reason why the vast majority of fmcg startups fail within 18 months, he stresses. His recommendation to take it slower has been “much more easily received” by fmcg entrepreneurs during the coronavirus crisis.

Of course, not all virus-centric startups will endure beyond the immediate stresses caused by coronavirus, Horwell warns, pointing to the likes of face masks and sanitising gel.

Others, however, will thrive because shoppers “will go for many years” before they ever resume pre-pandemic habits. So here’s some startups that are booming despite the pandemic – or because of it. 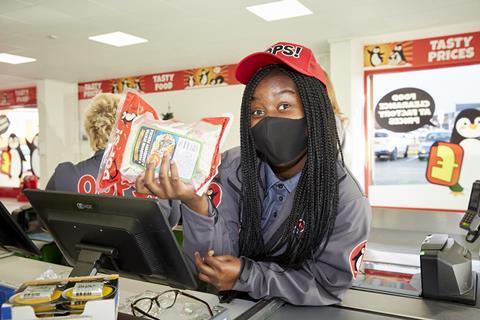 It opened its first two stores in Bolton and Preston in November, in response to the massive surplus created when foodservice grappled with lockdown closures.

It allows Oops to repack rescued food “in a format that enables retail consumers to buy them at much more affordable prices” he says. By affordable, he means the likes of 89p for a four-pack of quarter pounders, £1.50 for 2kg of french fries and £3 for half a boneless crispy duck.

“We’re trying to pass on as much benefit to the consumer as we possibly can,” says Davis, who plans to open 50 stores in and around Lancashire.

These branches will be supported by Oops’ new 100,000 sq ft warehouse facility in Birkenhead. Each will be frozen-focused, but – like the existing stores – they will also offer ambient and chilled goods, as well as non-food items such as cleaning products.

There will be plenty of surplus food to fill the aisles of all 50 shops, even after normality resumes, David insists. “For any food manufacturer, there’ll always be an amount of product that’s surplus, that falls slightly outside of a specification, that a retailer delists, or whatever.”

And, with a recession looming, shoppers will “start to feel an awful lot more financial pressure” he predicts. “Our model has a lot of longevity.” 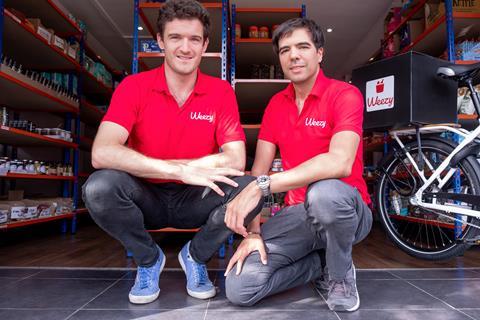 Launching in a pandemic wasn’t part of the plan for Weezy. It’s just how it happened, says co-founder Alec Dent. He and Kristof Van Beveren decided to set up the rapid grocery delivery app in autumn 2019 . At the time “on-demand grocery services weren’t much in favour” among startups, Dent says.

They began seeking pre-seed investment in late January – then Covid-19 hit. And the virus was “broadly a tailwind for online groceries”.

Weezy began operating its hyper-local service in August, promising residents of Fulham and Chelsea delivery within 15 minutes – for a £2.95 fee and no minimum spend. It offered about 1,200 SKUs from wholesalers and local bakers and butchers, with fruit & veg from New Covent Garden Market.

Things have moved fast. Weezy is enjoying “extremely high” customer retention and is adding users all the time, Dent says. It now offers around 2,000 items. Plus, it’s added four more fulfilment centres in London. Another opened in Bristol this month after Weezy raised a total of £14.4m in Series A funding, led by VC fund Left Lane Capital.

There are plans for 40 more sites by the end of 2021. Now more than ever, Brits won’t want to be “a prisoner” to supermarket delivery slots, Dent says. “Having an on-demand service will be extremely valuable.” UK-based and foreign-owned rivals have since followed suit. 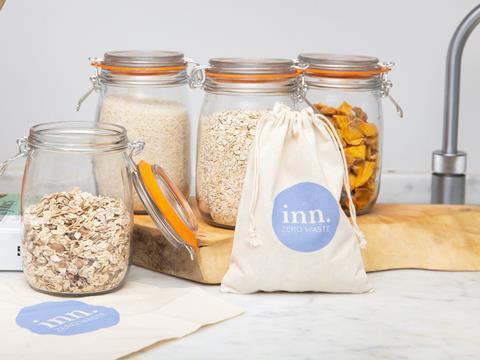 Stuck at home and not eating out, consumers have “seen how much quicker our bins fill up with packaging waste” says Nick Lawson, co-founder of closed loop online grocer Inn.

Covid has also sparked much grander revelations. “There’s a realisation the way we’ve always done things is not the way we need to do them now,” Lawson adds.

Inn launched in August, delivering products in up-cycled hessian coffee sacks, with liquids in plastic spout pouches. Customers distil them into their own containers. Empties are collected by Inn, cleaned and disinfected ready to go out again.

Inn plans to expand capital-wide in the first half of this year. 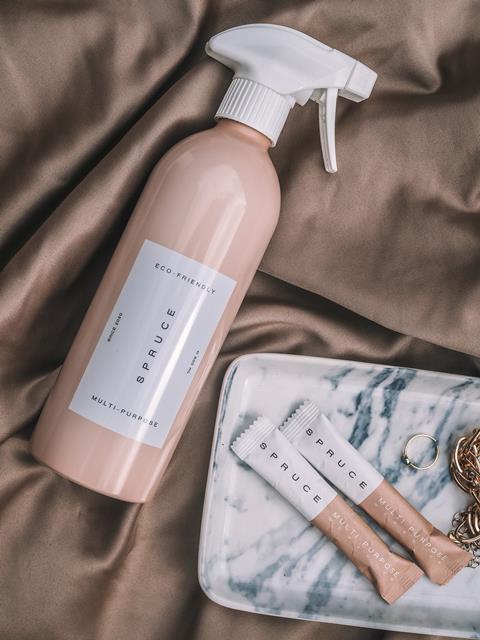 Launched at the start of 2021, Spruce ticks two boxes: it taps the huge demand for cleaning products, but crucially it’s sustainable – made from food-grade and cosmetics-grade ingredients and packed in refillable aluminium bottles, with refills (wrapped in paper) delivered direct to the consumer.

Its launch has already led investors to reach out, says founder Mahira Kalim.

Mind you, the launch has needed considerable resilience. Lockdowns delayed launch by more than six months while Kalim faced unavoidable running costs. Raising funds was also a struggle. “It’s really hard in the UK for female and diverse founders to raise money,” says Kalim, who has been forced to use almost £150k of her own.

Brexit-related delays at ports also meant Spruce’s first products from its EU manufacturer were delayed by six weeks. That sparked “many angry emails” from UK customers. 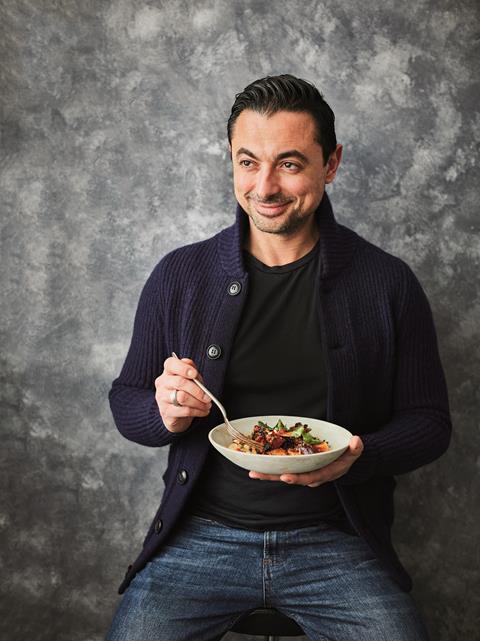 FiveDinners is an online meal-planning service with three aims: to help its subscribers reduce food waste, save money and – most importantly – reduce stress.

It’s the brainchild of Theo (pictured) and Anna Michaels. They launched it in September, after the pandemic put the brakes on his job as executive chef at an international events catering business. Each week, the site creates a recipe plan for five family-friendly dinners. Sent to subscribers on Thursday in time for the following Monday, it’s accompanied by a single shopping list of all ingredients needed for the week ahead. Subscriptions cost no more than £4.99 a month.

There are some basic principles. Each Monday meal is meat-free and it’s fish every Friday. No dinner requires more than 20 minutes of prep, and each can be adapted for vegetarian or vegan diets.

The site also allows users to alter meal plans based on size of family, likes and dislikes.

All ingredients are fresh or minimally processed, affordable and widely available. By sticking to the shopping list, “you can save an average of £60 a month” Theo says.

After spending “a few grand” of their own money to set up FiveDinners, he and Anna recently secured undisclosed funding from private investors including Ross Adams, CEO of leading podcasting company Acast. A second funding round is expected in the latter half of this year. 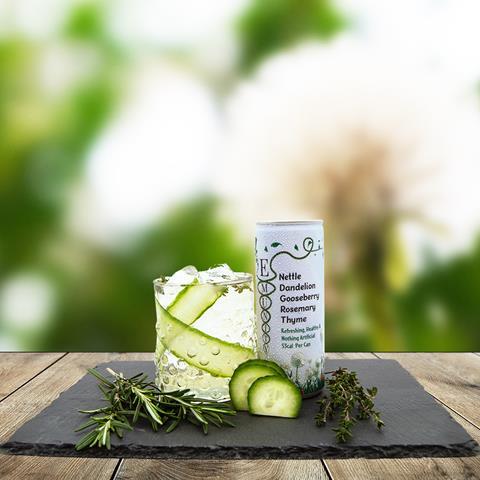 The pandemic has driven huge interest in food and drink products that support the immune system. Like last month’s launch of Emmunity, a soft drink that claims to “harness the healing and immunity-boosting benefits of nettle”. Yes, stinging nettle – which has been used in traditional medicine for centuries.

The brand is the creation of chemists Roy Lamb and Nasir Isaji, who mixed the weed, also know as Urtica dioica, with the likes of chamomile, cucumber, dandelion and thyme. The result was Wild Strawberry and Gooseberry variants, which vow to “flush toxins from your body”.

Sweetened with fruit juice and fruit sugar, each provides 53 calories per 250ml can (rsp: £1.49). As well as DTC sales, listings have been secured on Amazon and with independent health stores. 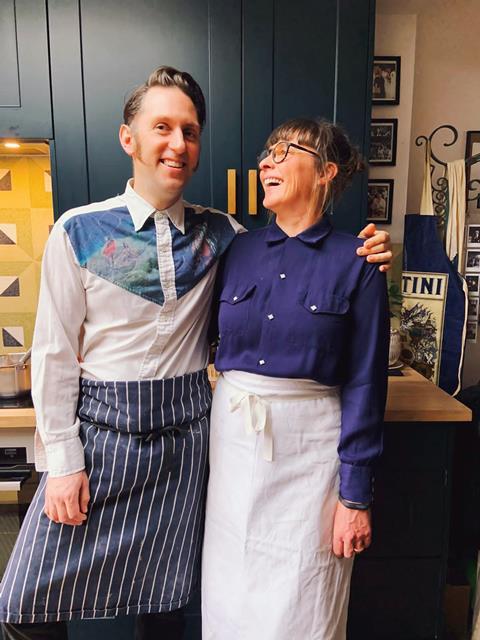 “It gets quite emotional,” says Laura Marsh. She’s talking about the virtual cookery classes that she and her husband, Belazu innovation chef Henry Russell, give on behalf of charities that support vulnerable people, such as Southall Black Sisters.

The London couple (left) are the faces of Nourished Minds Cookery, which runs both paid-for and charity classes. The latter need to take into account specific needs. “We’ve got a group of women in temporary accommodation with no equipment or facilities,” Marsh says. “We’re designing a class that doesn’t involve heat.”

Nourished Minds Cookery holds three charity classes a month, and has run one or two paid-for sessions each Saturday since its Christmas debut, with a new recipe each month. It’s essentially a business “with a conscience” says Marsh.

The aim is to promote cooking for mental health. It’s often “an overlooked act of mindfulness”, she adds