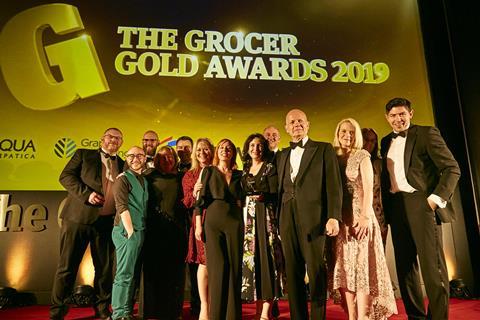 The Co-op was crowned The Grocer of the Year at the prestigious Grocer Gold Awards ceremony this week.

The retailer knocked last year’s winner Aldi off the top spot to take home the most coveted award of the evening for the first time in the award’s history.

Thanks in large part to the turnaround in its food business, retail like-for-like sales grew 4.4% last year, marking four-and-a-half consecutive years of growth. Co-op also grew its core convenience estate by 5.1%, racked up an additional £3.6bn in sales of food and saw its underlying profit for food reach £80m – up 23%.

Judges praised the “series of savvy moves” made by the retailer and noted 2018 in particular as a period of huge investment in all aspects of the business. Its appetite for new space – it opened 102 new stores last year – also impressed judges, who said the growth was “only matched by the discounters”. 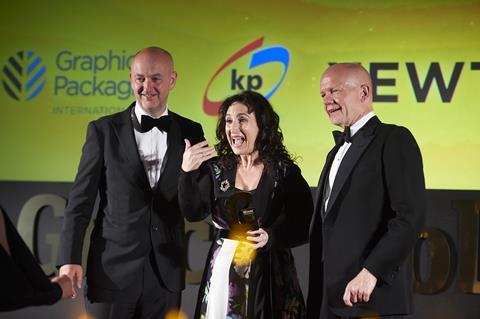 The Co-op’s historic £143m acquisition of Nisa last year, combined with a supply deal with Costcutter (delivering 800 product lines to more than 7,700 stores), was described as a “game-changer” by our panel.

It has also taken steps to reassert its position as a community-focused retailer, in particular via the launch of the 5 + 1 membership scheme, which has attracted 1.7 million new members in the past 18 months, while raising £39m for more than 12,000 projects. It also sought to tackle retail crime, lobbying government and investing £12m to install remote CCTV monitoring at 700 stores.

The panel said that Co-op recognised the standards and sensibilities of scrutinous modern shoppers, ”be it the demand for convenience, choice or to shop with a company that cares”.