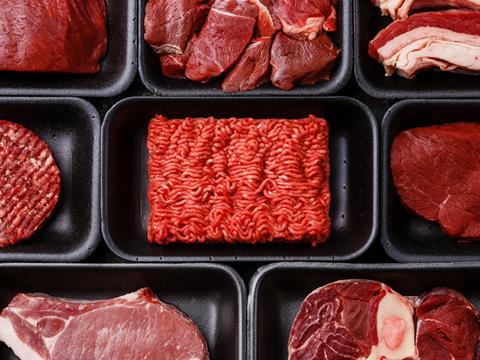 Creditors of scandal-hit meat wholesaler Russell Hume are set to receive 60p-80p in the pound on their debts as the collapsed business had assets of £23.2m before its collapse.

It owed unsecured creditors £9.9m, according to the report by administrator KPMG, with employee claims of an additional £3.1m and preferential claims of £521,099. However, the supplier held £13.6m-worth of food stock, had no secured debt in place, and had £9.6m cash at the bank.

Unsecured creditors should receive 60p-80p in the pound on their debts. However, the administrator did not expect to recover the full value of its £7.6m debtor’s ledger due to the level of counterclaims from customers seeking redress for breach of contract, loss of profit and reputational damage. Some £2.5m of the ledger had been collected to date.

The payment to creditors is also dependent on sales of existing stock and the value of any claims or fines made against the company by the FSA.

Russell Hume had been “a successful and profitable business that had built a strong brand in the supply of bulk meat and poultry products to the leisure and dining sectors”, according to the report, but it had effectively ceased trading prior to KPMG’s appointment.

A halt in production by the FSA due to issues with the company’s food safety management systems, and other alleged compliance breaches, alongside an “extensive level of negative press coverage, public scrutiny and an inability to trade, led to the attrition of all key customers” KPMG said.

Also in this week’s edition of The Grocer, sales surge at Ella’s Kitchen but mounting costs hit profits, spoiled potatoes reduce profits at McCain and a look at how the share prices of listed fizzy drinks makers have reacted over the past two years to the soft drinks levy.

The FTSE 100 ended the day flat at 7,258pts, but there were some notable rises in the grocery/fmcg sectgor.

Brewer and pubco Greene King (GNK) surged 13.6% up to 528p yesterday after announcing in a pre-close trading statement it expected full-year pre-tax profit before exceptions to be in the range of £240-245m.

Other risers yesterday included Greencore (GNC), which clawed back 9% after recent losses to reach 157p.