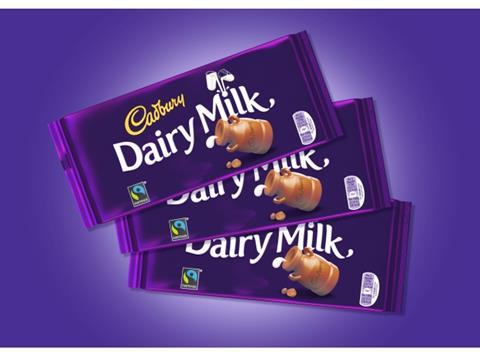 Mondelez, the $81bn maker of Oreo cookies, Cadbury chocolate and Ritz crackers, is on the hunt to acquire healthier snack brands as consumers watch their weight and both investors and governments urge action on obesity (The Financial Times £). However, chief executive Dirk Van de Put hit out at sugar taxes in an interview with the Financial Times, saying they were overly “restrictive” to consumers and would limit the potential for his company to invest.

Aldi and Lidl are fighting to regain ground lost during pandemic (The Telegraph). The online shopping boom gave major supermarket chains a boost, but now a pricing war looms.

After a break of several months Morrisons has reinstated marshals on the doors of its 494 supermarkets to better monitor shopper numbers and remind those entering to wear face masks (The Observer).

A feature in The Observer examines a ”suffering” John Lewis as the department store stands at a crossroads on the high street.

One of the bidders for Asda is considering redeveloping some of its supermarkets into mixed-purpose buildings with housing and office (The Times £). Lone Star is thought to be interested in Asda’s air rights — the space above its supermarkets which the company has the right to develop — in which thousands of homes could be built.

Pub and restaurant bosses warned this weekend that the industry was on the brink of crisis, with almost a million jobs at risk, as ministers impose tighter local restrictions and draw up plans for a new national lockdown lasting two weeks (The Sunday Times £).

Pub and restaurant bosses have hit out at “dizzyingly complex” rules on socialising and urged ministers to maintain the latest guidelines or risk “a tsunami” of job losses (The Telegraph).

Rishi Sunak is to extend the Treasury’s UK-wide programme of business support loans as ministers race to cushion the economy from what England’s chief medical officer will on Monday call “a very challenging winter” (The Financial Times £).

The economy faces a hit of £250 million a day from a second wave of Covid-19 infections if partial lockdowns reverse the increase in people going to pubs and restaurants and returning to work, according to a new report by the Centre for Economics and Business Research (The Times £).

Britain braces for an unprecedented wave of insolvencies (The Telegraph). Limits on group socialising and the threat of a second national lockdown will make it even tougher for firms on the brink to avoid the worst.

High streets across England are due to benefit from a £95m government-funded scheme to help them recover from declining footfall and the impact of Covid-19 (The Guardian).

UK retailers, hoteliers and airport chiefs have warned the chancellor that scrapping tax-free shopping for international tourists has put 70,000 jobs in jeopardy (The Guardian). The move has caused a huge storm in retail and tourism circles with Marks & Spencer, Selfridges and the owners of high end designer outlet mall Bicester Village among the businesses putting their names to a letter urging the chancellor to think again.

Boots faces a High Court dispute over its rent at one of the capital’s busiest shopping centres, in the latest sign of strain in relations between tenants and commercial landlords (The Telegraph).

Nyetimber, one of England’s top producers of sparkling wine, is preparing to begin a bumper grape harvest next week (The Times £).

China’s pork reserves are running out as prices soar, according to analysts (The Financial Times £). Beijing i selling down its reserves of frozen meat after African swine fever causes supply shortfall.

A Canadian property boss is one of the contenders for the chief executive’s job at the troubled owner of the Bullring shopping centre (The Sunday Times £). Rita-Rose Gagné, president of growth markets at Ivanhoé Cambridge, a subsidiary of Canadian pensions giant Caisse de Dépôt et Placement du Québec, is understood to be in the running to succeed David Atkins at Hammerson.