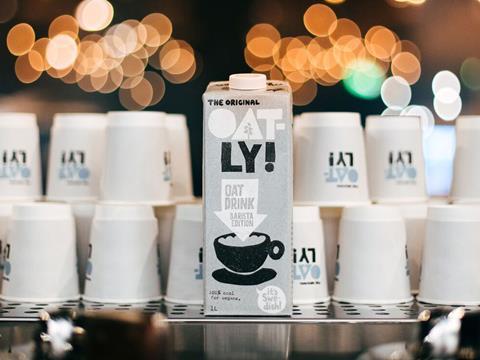 Oatly, the Blackstone-backed Swedish vegan milk maker, is eyeing a valuation as high as $10bn in a US listing that would tap into both the IPO boom and consumers’ growing thirst for plant-based alternatives to animal products (The Financial Times £). The world’s leading oat milk producer has confidentially filed for an initial public offering in New York (The Times £). Oatly, the Swedish non-dairy milk maker backed by Oprah Winfrey, is set to go public with a New York listing that could value it at up to $10bn (The Telegraph). The flotation follows last summer’s sale of a minority stake to a starry group of investors that included US private equity firm Blackstone, Oprah Winfrey and Jay-Z (The Guardian).

A former investment analyst has crystallised a multimillion-pound fortune after selling his recipe kit business to Nestlé. The Swiss food behemoth’s acquisition of SimplyCook follows the purchase of two other “direct to consumer” food businesses, Mindful Chef and Tails, in the past three years. (The Times £)

The UK government has urged food manufacturers and farmers to target the Asian middle classes as it launched a campaign to boost post-Brexit food and drinks exports. (The Financial Times £)

The Times’ Tempus column suggests Diageo shares could benefit in 2021. It writes: “It’s traditionally seen as one of those safety-net shares investors can dash to in times of economic strife, but that’s not how things have played out for Diageo over the past 12 months. Its global presence, diversity of its brands and historical resilience of its revenue streams have failed to prevent the drinks group from being snared by some of the setbacks of coronavirus.” (The Times £)

While virtually every shopkeeper in Britain has been a vocal critic of the archaic business rates system, there remains little accord on how to level the playing field with aggressively expanding internet retailers. (The Times £)

Gordon Ramsay has suffered his own kitchen nightmare during the pandemic with his restaurant empire missing out on nearly £60m of trade. (The Guardian)

A champagne brand owned by Jay-Z is to be expanded with help from LVMH. He announced that half his Armand de Brignac business will be sold to the luxuries brand – which already owns champagne brands including Moet & Chandon, Veuve Clicquot and Dom Perignon – as part of a tie-up. (The Daily Mail)

The number of foreign-born workers in the UK saw its largest fall on record last year, official figures suggest. Employment data published by the Office for National Statistics showed there were 795,000 fewer such workers in Britain in the last quarter of 2020 than a year earlier. (Sky News)