Hazelnut prices already back on rise after fall 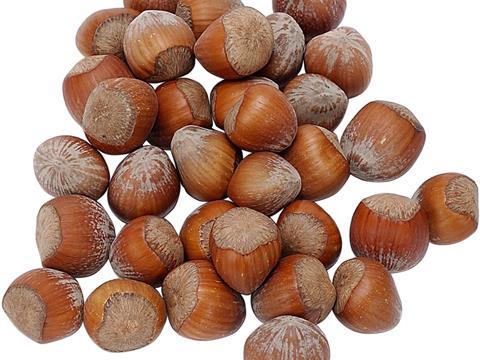 Just as things were looking up for Nutella fans, the price of hazelnuts is once again increasing.

Hazelnut prices rose from spring 2014 as a result of a severe frost in key producer Turkey, peaking at more than $16,000 a tonne this May. The shortage brought a raft of newspaper headlines warning Nutella and Ferrero Rocher fans the price of their favourite treat could rise. And it has, in the case of Nutella at least, with the average retail price of a kilo of the spread increasing 18% at the top five UK supermarkets in a year [Brand View 2 November 2014 vs 2 November 2015].

But since May this year, hazelnut prices have come down sharply as a result of a much-improved crop in Turkey. This is estimated to be more than 700,000 tonnes - up 70% on 2014 - and well above the country’s typical crop of about 550,000 tonnes. Analysts Mintec said the weakening of the Turkish lira between January and September had contributed to the price drop. But the fall has been short-lived, and Mintec data shows the Turkish price is back on the rise - bouncing from a low of £7,500 at the end of September to more than £9,000 now.

Prices were increasing as industry buyers who had been waiting for the price of hazelnuts to drop further were now making their move to meet stocking requirements before December, said Tasneem Backhouse, sales and marketing director at importer and packer EHL Ingredients. “We predict the price of hazelnuts to strengthen with the improved stability of Turkey’s economy and currency.”

Mintec said the improved crop should keep prices lower than last year, but warned movement of the lira would be a major factor. “The Turkish lira has strengthened since the recent Turkish election and the victory of the conservative AKP party,” said the analysts.